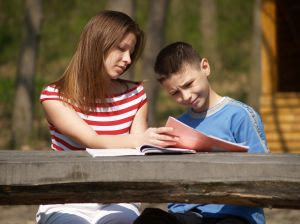 Assessing educational progress in schools has become increasingly important since the passage of No Child Left Behind, but significant questions remain about the best way to measure schools’ effectiveness when it comes to working with children in special education programs. North Carolina State University will help address those questions as part of a new federally funded research effort targeting special education assessment and accountability.

The U.S. Department of Education’s Institute of Education Sciences is providing $11.6 million over the next five years to create a National Center on Assessment and Accountability for Special Education (NCAASE). The University of Oregon is the lead institute in the initiative, and will be working with NC State and Arizona State University. NC State will receive $1.6 million of the funding over the next five years.

NCAASE is launching with two main goals: to better understand the academic growth of students with disabilities, and to determine which accountability mechanisms do the best job of accurately reflecting a school’s impact on students. Academic growth, in this context, is defined as a child’s improvement in reading and math skills over time.

Measuring academic growth is important because it reflects the amount of progress a student has made, rather than simply showing how a student is performing at a single point in time.

Currently, most accountability systems don’t track individual student growth. Instead, the performance of one year’s cohort is compared to a second year’s cohort. Schools are then expected to show increases in achievement from one cohort to the next. “Imagine if you measured the height of one student in grade 3 in one year. Then, in the next year, measured the height of a new third grader to decide whether the first third grader had grown,” says Dr. Ann Schulte, a professor of psychology at NC State and leader of the NC State component of NCAASE. “There are some situations where comparing results from one cohort with results from a previous cohort provides an accurate gauge of a school’s improvement, but many situations where it does not.”

Schulte’s team at NC State will initially establish a baseline understanding of academic growth in students with disabilities by examining data collected by the N. C. Department of Public Instruction from 2001 to 2010. North Carolina was one of the first states to implement a testing program that allows growth to be assessed, and has one of the most robust datasets on academic growth in the country.