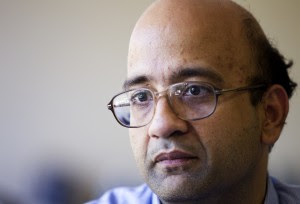 Amit Pal (MA, Poli Sci ’96) has published a book on Islam and nonviolence: “Islam” Means Peace: Understanding the Muslim Principle of Nonviolence Today (Praeger, 2011). In an interview with The Wisconsin State Journal, Pal says he wrote the book when he became disheartened at the widespread misperceptions about American Muslims and that he has set out to contest the prevalent notion that Islam is built on violence.

Pal is managing editor of The Progressive magazine in Madison, Wisconsin.