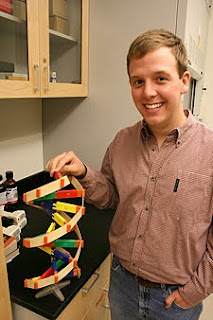 John Coggin (Communication and Interdisciplinary Studies‘09) recently graduated from Harvard University with a Master of Theological Studies in Religion, Ethics, and Politics. While at Harvard, Coggin co-authored a paper that has become the subject of a New York Times piece, The Tea Party vs. The Freeloader.

The paper Coggin co-authored, “The Tea Party and the Remaking of Republican Conservatism,” was published this spring in Perspectives on Politics, the journal of the American Political Science Association. The paper looks at the origins and rise of the Tea Party and examines the bolstering of already-existing conservative networks in the wake of the 2008 presidential election, the influence of conservative media sources in movement building, and the ideological bonds that united citizens behind the Tea Party.

Read more about this remarkable former Park scholar on the Park Scholarships website.