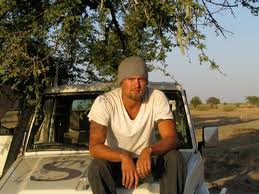 In 2009, CNN named Doc Hendley (Communication ’04) one of its top ten heroes of the year for his work to bring clean water to some of the world’s poorest areas. Since he was in the nation’s spotlight, Doc has continued to carry out his mission. Wine to Water, the nonprofit he created, is now active in nine countries around the world. We recently caught up with Doc, who told us how his studies helped prepare him for his life-giving work. Watch the video.