How to Wreck a Nice Beach … or, How to Recognize Speech 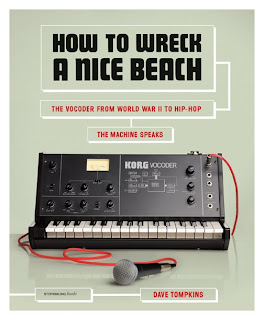 Music historian Dave Tompkins (Poli Sci ’92) is author of How to Wreck a Nice Beach, a history of the vocodor. The L.A. Times calls the work-whose title derives from the mis-hearing of the vocoderized phrase “how to recognize speech” – “one of the best music books ever written.” What’s a vocodor? A synthesizer that makes human voices sound robotic. Vocoders were used in World War II as cryptography devices. More recently, musicians ranging from Peter Frampton to rapper T-Pain have used them to modify their voices. Listen to NPR’s Morning Edition interview with Tompkins on the vocoder. And be sure to watch this vocodorized music video: the 1983 hit “Pack Jam” that was the theme song for the 1983 national championship Wolfpack men’s basketball team.

A version of this article originally appeared in the NC State Alumni Association’s Red and White for Life blog.