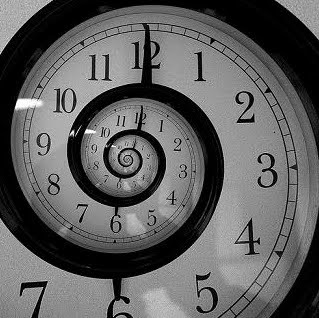 There’s far more to time travel than mad scientists and sputtering time machines. It’s a subject embraced by scholars in many fields and from many universities, including several of our own faculty here at NC State. The Department of Philosophy and Religious Studies recently hosted a conference on time travel.

Princeton University astrophysicist J. Richard Gott opened the conference with a public lecture. Dr. Gott is the award-winning author of Time Travel in Einstein’s Universe. The time travel research conference featured five prominent philosophers from around the country whose presentations ranged from the philosophy of physics–including aspects of relativity theory and quantum gravity–to the metaphysics of free will, truth, and time.

CHASS Professor of Philosophy John Carroll, who teaches honors seminars on the philosophical paradoxes of time travel, organized the conference, and took the time to answer a few questions.

Q: What compelled you to organize a conference around time travel?

A: I was looking to generate excitement about learning and scholarship. The topic of time travel is one that scientists like Richard Gott, Kip Thorne, and Stephen Hawking have published about in the best physics journals, and one they take very seriously. The conference gave the NC State community a chance to see and hear some of the best philosophical minds share their thoughts on time travel. For the opening lecture by Professor Gott, we brought together different people from our campus and the wider community–an NC State astrophysicist, an NC State-trained computer scientist, a Duke metaphysician, and a UNC Chapel Hill philosopher of science–for the discussion panel, and we were so pleased to have CHASS’s own John Kessel, an acclaimed science fiction writer, make a special video introduction.

Q: What drew students and the general public to the event?

A: I think they were intrigued to see and hear world-famous scholars present their work—much of which is ground-breaking research. It was also exciting to witness astrophysicists, philosophers, science fiction writers and computer scientists learning from each other. This sort of cross-discipline interaction doesn’t happen often enough.

Q: What is the overall importance of time travel to the collective community of philosophers?

A: In his book, Professor Gott says, “Why are physicists like me interested in time travel? It’s not because we are hoping to patent a time machine in the near future. Rather, it is because we want to test the boundaries of the laws of physics.” What Professor Gott says about physicists and time travel applies to philosophers as well. We philosophers like to test the boundaries of our logic and our concepts, as well as our philosophical theories of free will, identity, time, modality and causation against unfamiliar situations.

Learn more about time travel by visiting the website Dr. Carroll created with several of his students.