CHASS Student Takes A Seat on the Freedom Ride 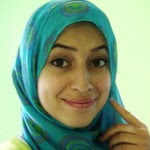 Adapted from Red & White For Life

Doaa Dorgham, a junior majoring in psychology and minoring in international studies, is being given a chance to relive history.

Dorgham is one of 40 students chosen from across the country to take part in the 2011 Student Freedom Ride organized by PBS to promote an upcoming documentary, “Freedom Riders,” on the 1961 Civil Rights bus rides.

The 2011 Student Freedom Ride will bring a select group of current college students and some of the original Freedom Riders together on a bus that will retrace the 1961 trips. The students are expected to use blogs and social media to talk about their experiences on the trip, from May 6-16. The journey will begin in Washington and travel through seven Southern states.

“I’m really excited about it,” Dorgham says. “Just the fact that we would be able to travel with the original Freedom Riders. These were people who were our age, who risked their own lives … to promote unity. To be in the presence of people like that is just great.” Dorgham is a Palestinian American who was born in Kuwait. As a Caldwell Fellow, she has traveled throughout Latin American and the Amazon as part of the program. Dorgham is also the outreach chair for the Muslim Student Association at NC State.

Dorgham is intrigued by the effective use of non-violence in the Civil Rights movement, particularly since she lives in a time when the United States military is fighting in Afghanistan and Libya.

“What really blows my mind is that this whole thing was a non-violent approach,” she says.

Dorgham says that as a Muslim American she worries about attempts to portray all Muslims as radicals. She says she applied to participate in the 2011 Student Freedom Ride, in part, to dispel such notions and promote unity.