The Price of Education in Little Rock: A History Lesson in Integration 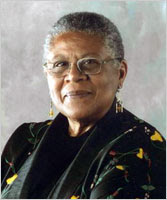 Minnijean Brown Trickey was 16 when she became involved in a pivotal act of the American civil rights movement. As one of the “Little Rock Nine,” Trickey and eight other Black American teenagers defied death threats, hostile white demonstrators, and even the Arkansas National Guard to attend the all-white Little Rock Central High in 1957.

When the nine Black students enrolled in Central High School, it was one the nation’s premier schools. Although racial segregation had been declared illegal two years earlier by the Supreme Court in the Brown vs. the Board of Education decision of 1954, Central High School, along with other schools in the South, remained segregated. To enforce this illegal segregation, Arkansas Governor Orval Faubus instructed the Arkansas National Guard to surround the school and turn the nine students away. President Eisenhower intervened and sent in Army troops to escort the Black students into the school.

Trickey has remained a social justice advocate throughout her adult life. She served in the Clinton Administration as Deputy Assistant Secretary for Workforce Diversity at the Department of the Interior. She has consulted nationally and internationally around issues of anti-racism, diversity, feminist research, cross-cultural communications, and organizational change.

Today, she continues to promote the theory and practice of nonviolence as a path toward social change as a teacher, writer, and lecturer. The documentary Journey to Little Rock: The Untold Story of Minnijean Brown follows her life of social activism and recognizes a woman who has moved history forward.

Trickey is the recipient of numerous awards for her community work for social justice. With the Little Rock Nine, she received the NAACP Spingarn Medal and the Congressional Gold Medal.