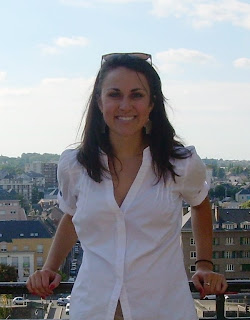 Katie Starr (International Studies and French, ’11), is speaking today (Feb. 23) at the 55th annual United Nations Commission on the Status of Women (CSW) in New York.

Last Fall, Starr was one of four students to receive a fellowship from the nonprofit organization, WomenNC, to attend the UN conference. This is the second year fellowships have been funded by WomenNC, which holds as its mission the U.S. ratification of CEDAW (the Convention of the Elimination of All Forms of Discrimination Against Women). Starr recently rehearsed presenting the findings of her research, titled “Sex Trafficking in North Carolina,” before a group in Raleigh.

Today, at the United Nations CSW conference, Starr will be speaking to hundreds of attendees from around the world. The majority of presenters are members of various NGOs and international delegations, all with the common goal of discussing the global issues currently facing women and exchanging ideas on how to combat these issues. As one of the youngest delegates to address the UN, Starr says she’s honored and excited to represent NC State.