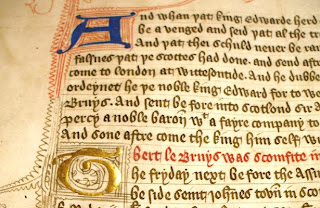 Medieval studies scholars are embarking on an effort that, if successful, should make it easier for future scholars to study the past.

Ironically, medieval studies experts were among the first to incorporate the use of modern technology into their research (Rev. Roberto Busa used punchcards in 1949 as part of his research on St. Thomas Aquinas!). To date, there are well over 100 electronic resources focused on medieval research – but they’ve hit a stumbling block.

In a sense, the medieval studies community has been hindered by their head start. While there are lots of electronic resources available, they were largely developed in isolation from one another – with little thought toward the idea of ever linking them together. But some researchers are pushing to do just that.

Tim Stinson, a humanities scholar at NC State, and Dot Porter, a librarian at Indiana University, have received a grant from the Andrew W. Mellon Foundation to explore the possibility of establishing a federation of electronic medieval studies projects.

Such a federation could be of significant benefit to medieval scholars by, among other things, working to make medieval electronic resources interoperable. For example, that would allow a scholar seeking information about the bubonic plague to search multiple archives simultaneously – rather than having to perform separate searches in dozens (or hundreds) of different places.

One of the major obstacles Stinson and Porter will have to tackle deals with computer language itself. What needs to be done to allow a single Web site to access all of the existing electronic medieval resources? The task is complicated, because the resources were developed using a variety of different computer codes and protocols. Stinson thinks solving this problem will be “time consuming, but relatively simple.”

The second problem deals with humans and is, therefore, trickier. Many electronic resources were established in partnership with private interests that have intellectual-property concerns related to the contents of those resources. “Needless to say,” Stinson says, “medieval works are not subject to copyright. But photographs of those works can be copyrighted. We need to handle this in a way that represents the interests of lending institutions, scholars and programmers who work on these projects.”

Stinson and Porter are organizing a meeting of medieval scholars, librarians and technologists May 2-3 at Johns Hopkins University to address these issues – and develop a plan to establish a federation, the Medieval Electronic Scholarly Alliance (MESA). They are also hoping to establish peer review criteria and a mechanism to provide peer review for electronic scholarly works in the field of medieval studies.

This may be the future of going back in time.