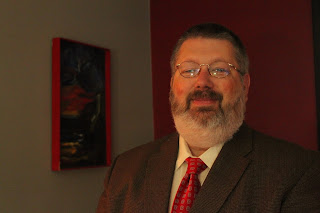 Birkland will support faculty in seeking grant and fellowship support; serve as an advocate for CHASS research and scholarship at all levels; help support , coordinate, and publicize CHASS extension and engagement; and promote multidisciplinary inquiry that tackles complex and important problems.

Birkland is the William T. Kretzer Distinguished Professor of Public Policy and Public Affairs in the School of Public and International Affairs. He is internationally recognized for his scholarship on public policy, particularly as it relates to natural and man-made disasters.

Birkland came to NC State in 2007 from the University at Albany, State University of New York, where he was a member of the political science and public administration faculties and director of the Center for Policy Research. He also served as a program officer at the National Science Foundation in 2006.

He received his Ph.D. in political science from the University of Washington. He has published three books and many scholarly articles on the public policy process and policy in the aftermath of disaster. He has also served on several national committees, editorial boards, and study groups. His most recent scholarly book is Lessons of Disaster (Georgetown University Press). The third edition of his widely adopted textbook, An Introduction to the Policy Process, was published last month.

CHASS Dean Jeff Braden extends the college’s thanks to Mary Wyer, who is stepping down as interim dean for research after two years of service, and to Walt Wolfram, who served as liaison for CHASS extension and engagement for the past two years. “Mary and Walt served CHASS and NC State extremely well,” Braden said. “Although their leadership will be missed, we can feel fortunate and confident to have Tom stepping in to lead.”