A new perspective on Mexican immigration 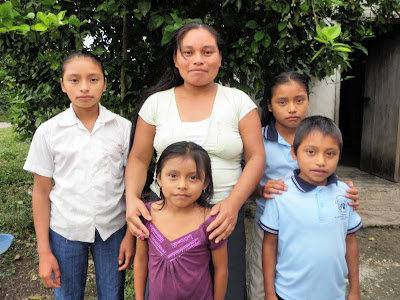 Immigration reform has been a divisive topic in U.S. politics for years, and it has Americans divided on how the government should address illegal immigration. Many Americans do not consider the impact migration is having on Mexico.

Dr. Nora Haenn, an associate professor of Anthropology and International Studies, set out to discover the impact of migration to the United States on Mexican families after receiving the Fulbright – García Rubles grant in 2009. For more than a year, Haenn and her collegues at El Colegio de la Frontera Sur (ECOSUR) researched the migration phenomenon that has taken hold of Calakmul, a rural county in Mexico.

Over the past 10 years, many Mexican men have traveled outside of the country to find work. Calakmul migrants can be found from Elizabethtown, N.C. to Birmingham, Ala. At any given moment in Calakmul, at least 1 percent of the local population lives in the United States. In the absence of their husbands, many Mexican women have found a new place in politics and public life. “I was surprised to learn just how much migration to the U.S. is affecting women’s roles in Mexico,” Haenn said. “Women are managing money, buying land, hiring neighbors and families to work on the farm, and taking on new political roles.” Upon further research, Haenn found that many women are uncomfortable with their newfound roles in society, and they view it as an additional burden to their already demanding lives.

Haenn also documented women’s new financial role in the family. “Women have to develop a thick skin,” Haenn explained. “They are becoming objects of gossip because of the responsibilities they take on while their husbands are away.” Wives of migrants find it difficult to indulge in what little wealth they receive because they risk criticism from neighbors and family who disdainfully view extra clothing and full cupboards as wasteful spending. 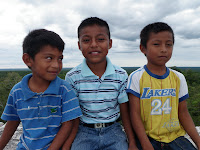 Haenn hopes her research and time spent in Mexico has revealed a few of the hidden aspects of Mexican-U.S. relations. She has received an additional grant from the National Science Foundation to continue investigating Mexicans’ attitudes about migration.

Listen to more of Haenn’s stories from Calakmul and how immigration is affecting Mexico in her interview on The State of Things.