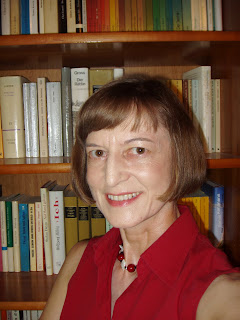 Braunbeck has been at NC State since 1990. For the past three years she has directed International Studies within IDS and co-directed the Hamilton Scholars Program (a dual-degree program between CHASS and the College of Management). She has coordinated the German section in the Department of Foreign Languages and Literatures for 19 years, where she has also created a successful interdisciplinary German Studies major.

“We are delighted that Helga has accepted this appointment,” says Jeffery P. Braden, dean of the College of Humanities and Social Sciences. “She led International Studies through a period of tremendous growth, despite the budgetary constraints of the last several years. Under her watch, International Studies has grown at a yearly rate of 50%. She also built the German Studies major from the ground up. Helga brings extensive administrative experience as well as a strong collaborative approach. Interdisciplinary Studies is in good hands.”

Braunbeck will continue to lead the German Section and German Studies Major Program.