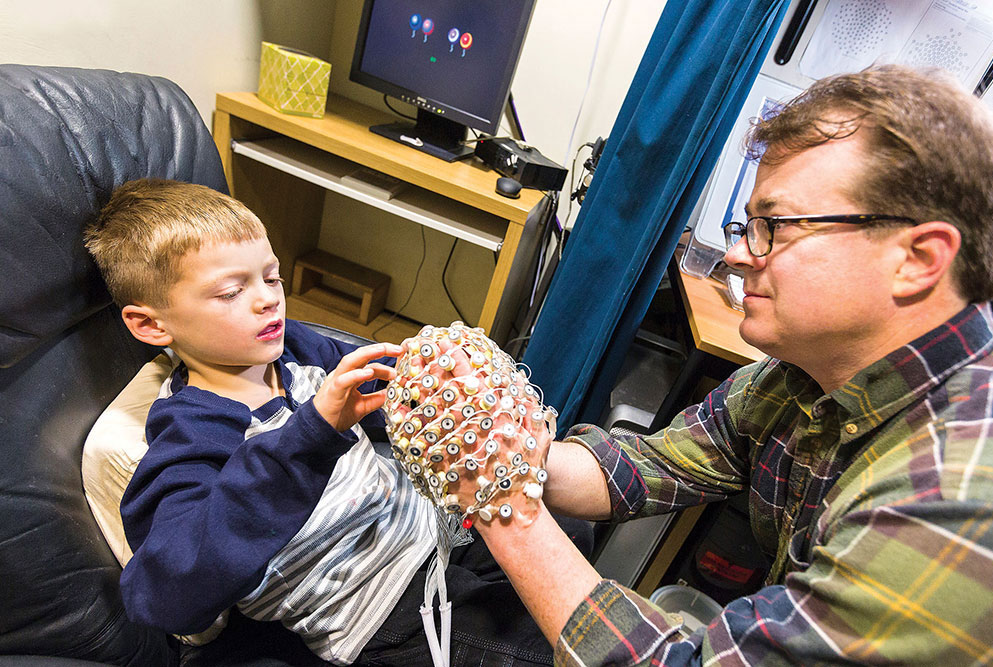 The brains of autistic girls appear to be wired more normally than those of autistic boys — and that can be both a blessing and a curse, according to Kevin Pelphrey (Psychology ’96), the Harris Professor at Yale University and director of Yale’s Center for Developmental Neuroscience. Pelphrey is the principal investigator on a five-year, $15 million grant from the National Institutes of Health that is investigating why autism is more prevalent in boys than in girls. His grant is one of the largest awards the NIH has given for autism research.