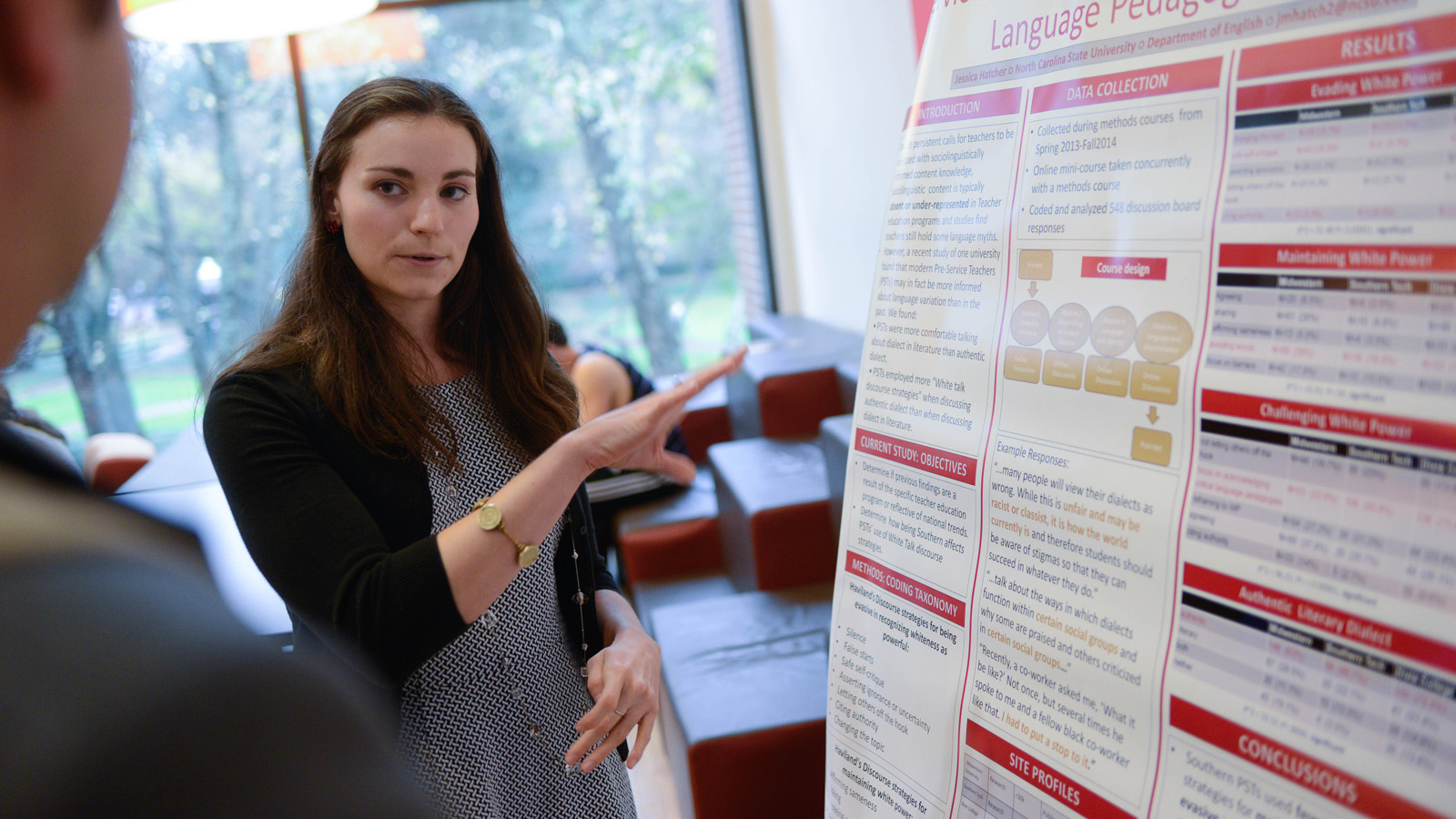 Growing up in eastern North Carolina, Jessica Hatcher’s ear became attuned to a range of dialects. Once she discovered NC State's linguistics program, this stellar young researcher has made the most of her opportunities to study how people talk.

If current trends aren’t soon reversed, the Cherokee language will soon go extinct. NC State’s North Carolina Language and Life Project has produced a film documenting the tribe’s efforts and sounding a call to save the language. First Language: The Race to Save Cherokee premieres Friday, Nov. 21, at the NC Museum of History. 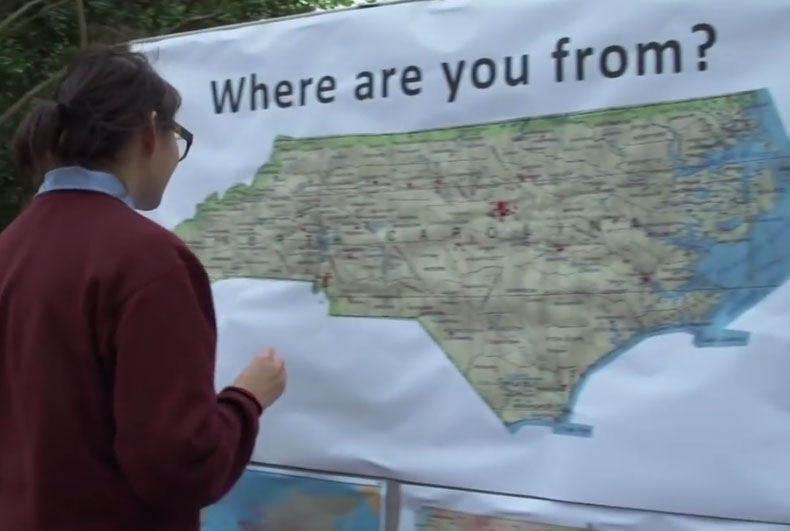 Humanities and Social Sciences alum Stephany Dunstan's award-winning dissertation focused on how dialects influence the college experience. In typical NC State Think And Do fashion, now she's working with sociolinguist Walt Wolfram and others to apply her findings in ways that raise awareness and celebrate just how richly diverse we are at NC State, every which way we say it. 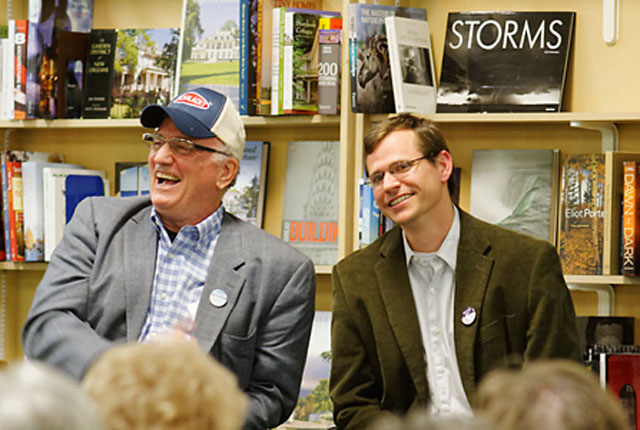 A new book exploring the depth, breadth and variability of North Carolina dialects draws on twenty years of research by Professors of English Walt Wolfram and Jeffrey Reaser and their team. Learn more about 'Talkin' Tar Heel' and the North Carolina Language and Life Project. 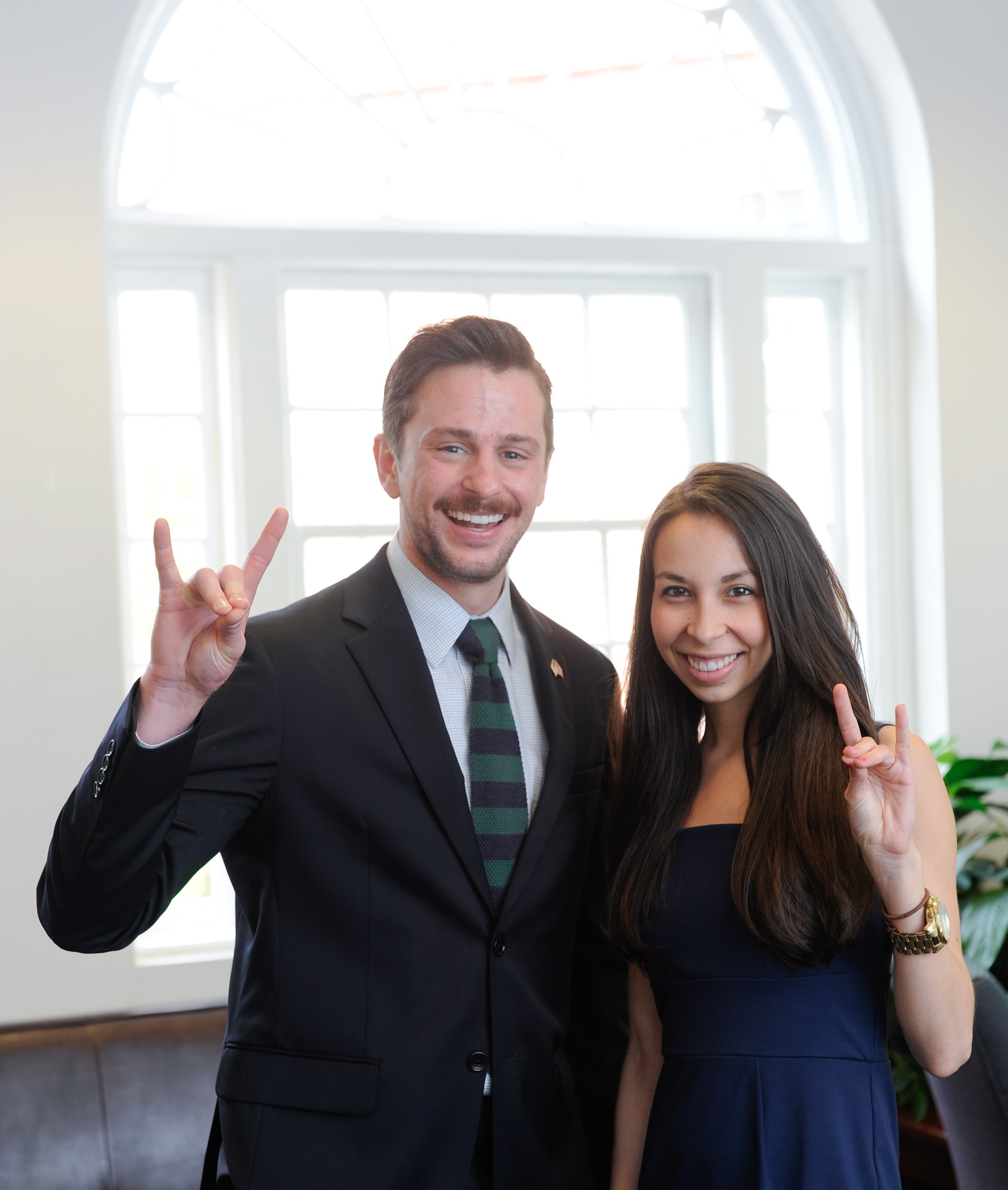 CHASS students earned prestigious international scholarships and fellowships this year, including Goldwater, Fulbright, Boren and Gilman awards. Congratulations to all those who are pursuing their passion and their education through international study. 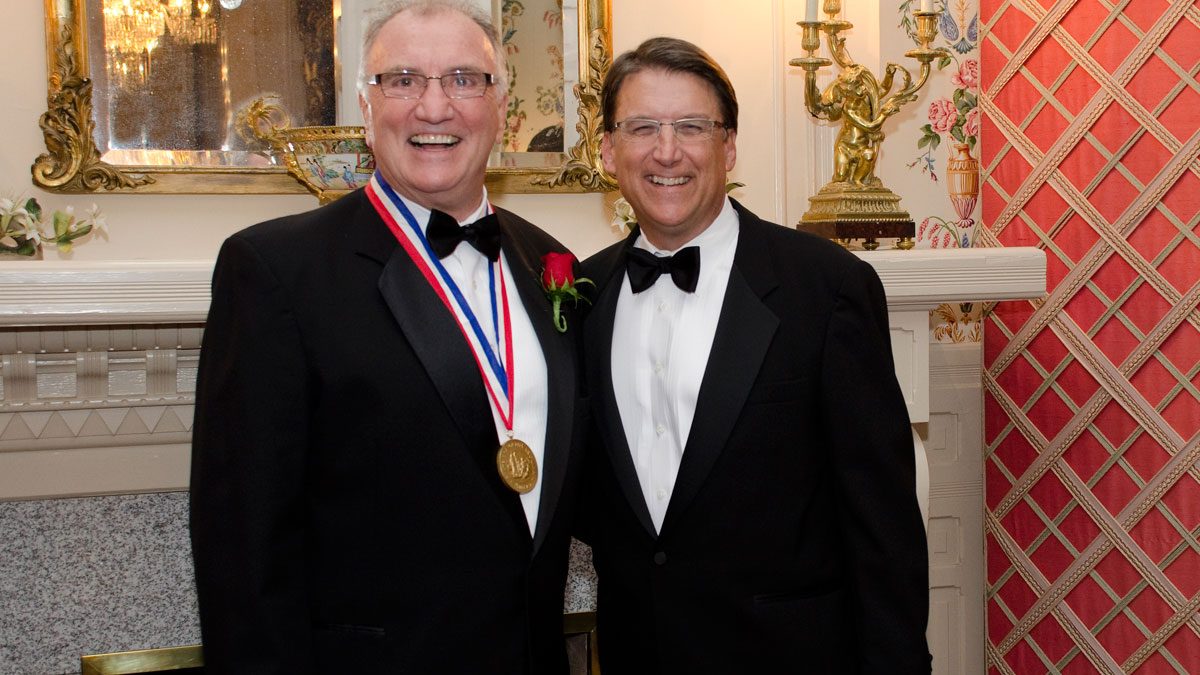 Professor of English Walt Wolfram has been honored with the state of North Carolina's highest civilian honor for his commitment to public service. Wolfram received the North Carolina award at a ceremony hosted by Governor Pat McCrory.

Linguistics Project the Talk of the Fair

If you speak one of the diverse dialects of North Cackalacky, you'll feel right at home visiting Walt Wolfram's display at the State Fair this month. Speak nicely and you may even get a button, courtesy of the North Carolina Language and Life Project. 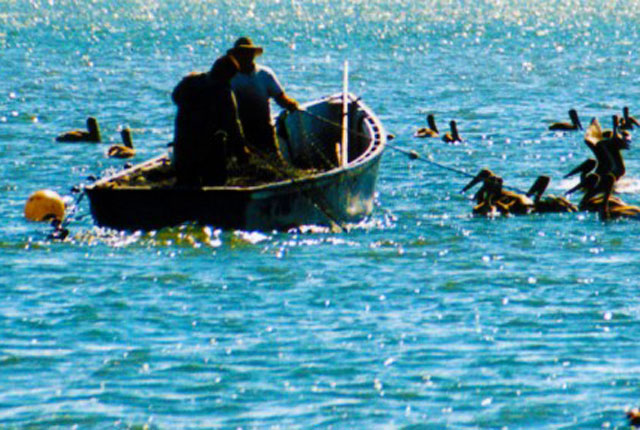 For the Core Sound residents of Carteret County, commercial fishing has been a way of life for three centuries. But the sustained seclusion that has protected their culture—and their dialect—is fast eroding. CoreSounders, a film produced by Distinguished Professor of English Walt Wolfram and directed by the Emmy Award-winning Neal Hutcheson, showcases the unique community of Carteret County. Join us for the film premiere at the North Carolina Museum of History in downtown Raleigh at 7 p.m. on March 14, 2013.

Beyond fried foods, whirling rides, and laughing children, a North Cackalacky fair goer will be serenaded by a clamor of different dialects. The fair is the perfect target for NC State's Language and Life Project to spice up the conversation about conversation. Stop by the exhibit and test your North Carolina dialect awareness, y'all. 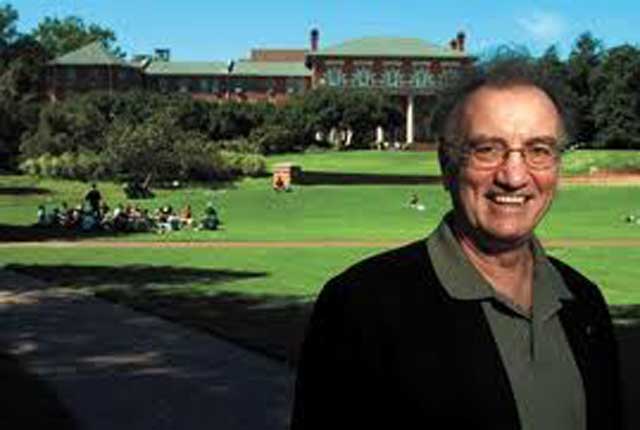 Linguistics professor Walt Wolfram recently appeared on "CBS This Morning" as part of a report by correspondent Mo Rocca about homogenizing American accents. Wolfram, a William C. Friday Distinguished University Professor, has been studying dialects for almost than 50 years and has been at N.C. State for the past 20. "Studying dialects in North Carolina is like dying and coming to dialect heaven," Wolfram told Rocca. "It's incredible. There's no state that has a richer tradition."