Rajika Bhandari graduated from NC State’s Department of Psychology with master’s and doctoral degrees. An expert in international higher education, she’s the author of six academic and nonfiction books and several publications that touch upon the themes of movement, migration and crossing borders.

Her most recent book, America Calling: A Foreign Student in a Country of Possibility, shares her deeply personal story as an international student from India. We caught up with Bhandari to learn more about her writing motivations and time on campus.

What motivated you to write this book?

The book draws upon my personal experience as an international student in the United States (while attending NC State), as well as my professional work. I have spent the past 15+ years studying international students who come to U.S. colleges and universities from all over the world. Over time, I came to realize how little is known about international students — who they are, where they come from, what their experiences are. Education has been the pathway for much of America’s global talent ever since the country’s doors reopened to the world in the 1960s. Yet, there is limited understanding within our society of the value that such individuals bring to the U.S., nor of the educational and immigration challenges they face. There are more than one million such students from more than 200 countries who study on U.S. campuses like NC State. Were it not for this type of exchange, the U.S. would not have a Kamala Harris, whose parents came to the U.S. as foreign students from India and Jamaica, or a Barack Obama, whose father was a student from Kenya.

Even though international students are part of the fabric of American higher education and the history of immigrant America, their stories are rarely told. I want the book to be a glimpse into the lives of these students and potential future immigrants, to add a face and voice to their stories. I want Americans to understand how important their colleges and universities have been in connecting them to the rest of the world — a “made-in-America” degree is one of the strongest forms of soft power and diplomacy. The future of America is at risk if the world stops coming to U.S. institutions. These issues became even more urgent over the past five years as growing nationalistic sentiments and policies made the U.S. feel very unwelcome to international students. As someone who had watched this from the sidelines, and as someone with expertise in this area,  I knew I had to speak up and share my story and that of others about what being an international student and future immigrant feels like.

What was the hardest chapter to write? Why?

The hardest chapter to write was the conclusion to the book. Everything I was writing about — the flow of international students, immigration, travel — was in a state of flux, especially given the pandemic. As we all know, the pandemic upended the normal functioning of all U.S. campuses. The numbers of international students coming to the U.S. plummeted, adding to the declines that had already begun a few years ago due to restrictive immigration policies and the growing appeal of other educational destinations. In many ways, 2020 presented a perfect storm for the U.S. higher education sector. In the midst of all this, despite being someone who has studied these trends for so many years, I could not predict how the tumult of 2020 would end, or how the international student story in the U.S. would continue to unfold. So that was the hardest part: writing about something that I knew was shifting and evolving even as I was putting it into words. But I don’t want to give away the entire book, and your readers will need to read it to assess whether my predictions have been borne out!

Why is it important for universities to embrace international students?

Once they return to their home countries, international alumni also serve as a critical bridge for U.S. institutions, helping forge international partnerships and collaborations between their country and the U.S. Many innovative universities in countries like Ghana, India and Bangladesh have been inspired by the American liberal arts model in part because their founders or leaders were educated in the U.S. When it comes to diplomacy, 570 current or former heads of foreign governments have studied in the U.S. on U.S. government supported programs like the Fulbright.

International students also contribute in real and tangible terms to the U.S. universities who depend on them as a critical source of revenue. In recent years, international students have brought in $38 to $45 billion per year to the American economy, primarily through their expenditures on tuition, fees and living expenses, and have also helped create 400,000 jobs.

How have your NC State degrees impacted your career?

First and foremost, my professors and the academic program I was in helped me understand the much broader ways in which education and training in psychology can be applied to solve real-world problems. I eventually became very interested in issues of global development, particularly the role that women’s education plays in sustainable development. Being at NC State enabled me to shape my graduate degrees in a way that eventually allowed me to pursue a career in educational research and policy, focused on international issues. Since then and for more than two decades, I have worked in the broad field of educational research and evaluation in different settings — academic, private, nonprofit — and specifically in the field of international higher education, from which my book derives.

I think my favorite class was one that was taught in a totally different department from mine. I recall taking Environmental Psychology with Henry Sanoff in the College of Design. It opened my eyes to how we mentally map and perceive the environment around us. I was taking the class alongside students from architecture and design, and this brought a whole new perspective to what I was learning. This sort of interdisciplinary learning is in fact a hallmark of American higher education, and is very attractive to students from around the world.

I try to read at night before going to bed, and on weekend mornings. I prefer to read in print rather than online. In recent years, my reading has been more directed and intentional and focused on nonfiction. I was also looking at other memoirs from a craft perspective to better understand how other authors had grappled with the same challenges I was facing with my book: how to tell a very personal story while also making a larger social statement and analysis.

I try to write early in the morning before the demands of the day take over — and when it is easier to still my mind! However, the reality is that very few writers have the luxury of long stretches of uninterrupted writing time. I’m a parent and a full-time professional (separate from my nonfiction writing), so my book was written during snatches of time between soccer games, during business flights, and by taking chunks of vacation time here and there.

I’m building out my new venture, Rajika Bhandari Advisors, where I hope to bring my expertise in evidence-driven international engagement research and strategy to help higher education institutions, nonprofits and other groups expand their global engagement through education. I am also delighted by the early and positive reception for my book, and enjoy engaging with readers and audiences about issues of global education, migration and immigration. I write a newsletter on these issues (sign-up available through my website), and my future writings will also likely focus on the intersections of migration and culture. I also serve as a senior advisor to the Presidents’ Alliance on Higher Education and Immigration, an alliance of more than 500 American college and university leaders dedicated to increasing public understanding of how immigration policies and practices impact their students, campuses and communities. 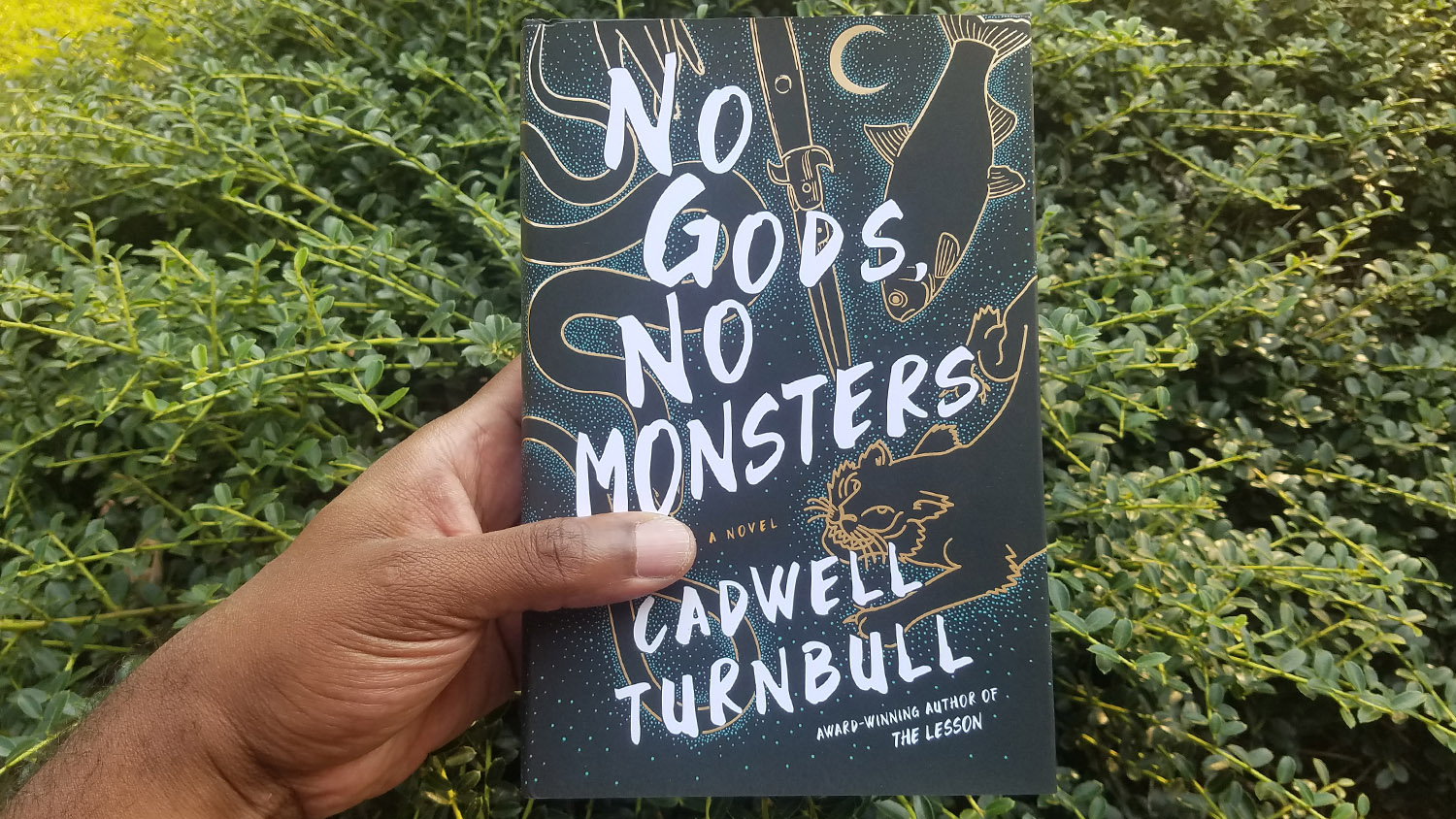 We caught up with English alumnus and professor Cadwell Turnbull to learn more about his new book “No Gods, No Monsters.”