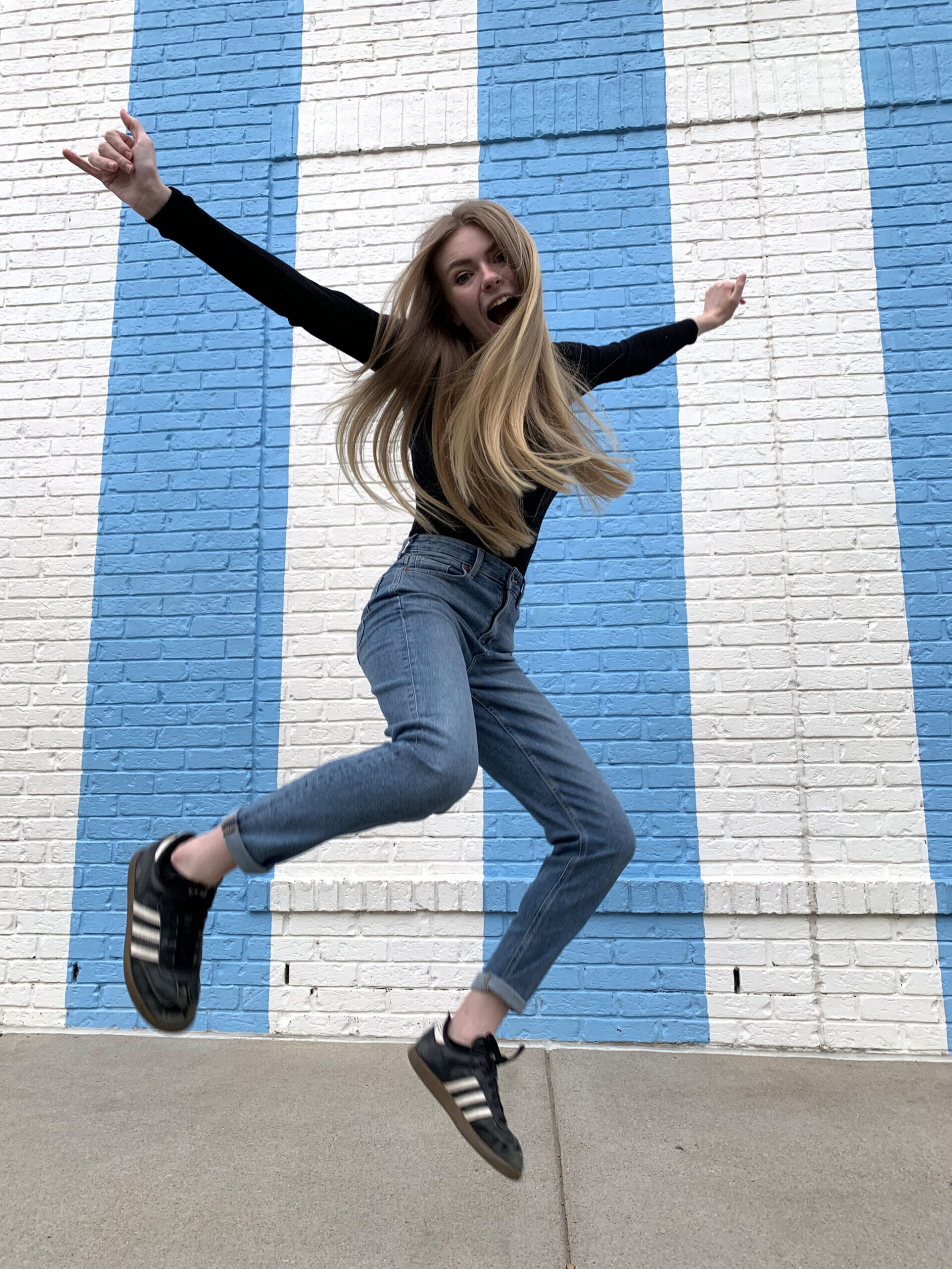 Star on the big (and small) screen: ✔️

Addy Miller can do it all. At 21, the college junior is navigating the “normal” stuff: school work, an internship, time with family and friends, and well, life. But what some don’t realize is that she’s also managing an acting career — one that began more than a decade ago.

“I was in an agency for modeling because my mom and one of her friends decided to do it for giggles,” Miller explains. “That eventually turned into me getting a movie audition.”

Miller’s first big break came at the age of eight when she landed the role of Young Lily in “The Secret Life of Bees.” Two years later, she was front and center in the series premiere of the hit thriller The Walking Dead. She played the role of Summer, a teddy bear-holding child zombie who was the first “walker” killed on the show.

That first episode set the tone for the AMC television series. It also set the tone for Miller’s life — which has since been a whirlwind of meet and greets, comic cons and of course, movies.

On the Screen: Making Big Moves

In 2020, Miller landed her first leading lady role in the horror film Behind You. The movie centers around two sisters who find that all the mirrors in their estranged aunt’s house are covered or hidden. “Opening up Hulu and seeing your face as the first thing or walking into Walmart and seeing yourself on a DVD — it’s really hard to wrap my mind around still,” Miller says. Her role as an older sibling in real life allowed her to relate on a personal level.

“I have two younger brothers, and in that film, I was again an older sibling,” she says. “I really got to draw on those aspects of what that means to me.”

Over the years, Miller has gained a deep appreciation for the horror genre. “I used to hate them growing up,” she says. “I was genuinely terrified of everything.”

She admits she has since become somewhat desensitized. Now, she looks at the different aspects of films that help set the plot and develop the characters.

“I think, ‘Oh, this is how they did this stunt or trick’ or ‘I wonder how long this person’s makeup took’ … things like that,” Miller says. But like many of us, she still can’t watch them alone. “I still have to watch them with people because I am a little squeamish.”

Despite her bold roles, Miller confesses that she’s a bit of an introvert. That’s one of her favorite parts about acting, though — stepping out of her comfort zone.

“You get to play all of these different characters and do things you wouldn’t normally get to do in real life,” Miller says. “That’s another thing that drew me in.”

She says acting is a possibility for anyone.

“Don’t let anything discourage you. Regardless of age, how you look, your gender — it’s open for everyone.” 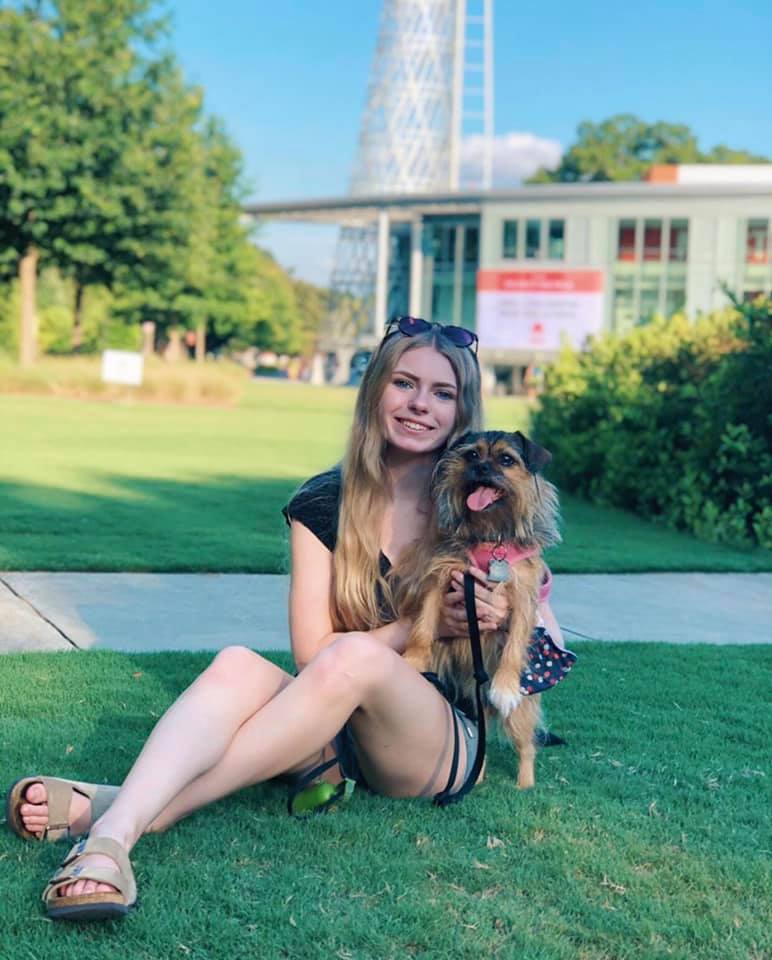 Get to Know Addy

Favorite study spot: Talley Student Union (outside or by the One Earth sitting area)

On the bucket list before graduation: Run the Krispy Kreme Challenge

Off the Screen: Part of the Wolfpack

Growing up in Raleigh, Miller knew if she couldn’t act, she wanted to pursue a career in entertainment. In fact, one of her favorite things about releasing films is the press and media training that comes with it. But NC State wasn’t always part of the plan. It wasn’t until her senior year of high school that she fully considered the possibility of attending.

“I was visiting my boyfriend, who was a freshman, and fell in love with the school,” she says. “I knew I wanted to be here. I also wanted to be close to my family.”

While pursuing a bachelor’s degree in communication, she spent her first two years getting ahead — and for good reason. “I got myself to a space where, if I were to book something, and I needed to take maybe a semester off, I would still be able to graduate on time,” Miller says.

She also got involved on campus — attending sporting events and joining clubs and organizations such as Phi Sigma Pi National Honor Fraternity. Miller is well prepared for her future, whether in acting or public relations.

“It’s a 50-50 toss up right now,” Miller says. “I’m a firm believer that everything happens for a reason and whatever happens, happens. It’s what I’m meant to do.”