Kasey Thornton graduated from NC State’s Department of English with an MFA in creative writing in 2017. Her debut novel, Lord the One You Love is Sick, opens with a fatal overdose that stuns a small community in North Carolina, triggering a series of tragic events that threaten the town’s traditional values. We caught up with Thornton to learn more about her writing style, reading habits and time on campus.

What motivated you to write Lord the One You Love Is Sick?

I started writing these stories at Elon University after a childhood of writing sci-fi, fantasy and historical fiction for fun. I never imagined that anyone would be interested in stories about small Southern towns in America because I lived in one and never found it particularly exciting. People my age didn’t tend to see the remarkable within the mundane, I guess. But then I read The Secret Life of Bees by Sue Monk Kidd, and I learned how the South could be written in beautiful and heart-wrenching ways, in all of its glory and terror, and how big capital-T Truths could be told using “place” with fiction. The impulse born from that realization is what drives me to write Southern fiction.

Why did you decide to write this as a novel-in-stories?

That certainly wasn’t anything that I did on purpose. I was in my second year in my MFA program at NC State and staring down the barrel of a thesis project with nothing but a pile of heavily workshopped but seemingly random short stories at my side that I’d written over the last decade or so. I lamented to my professor, Wilton Barnhardt, that I felt lost and unsure of how to proceed. He pointed out that most of my short stories were written in small, Southern towns, and there might be a pretty amazing story that I’d be able to tell if they were all the same small, Southern town. Turns out, I was able to draw the stories together into a large, cohesive story with relative ease, since I tend to return to a lot of the same concepts that fascinate me in short stories: grief, family, religion and loss.

How has your NC State degree impacted your career?

Each of the amazing programs I’ve taken part in across the state has ended up contributing something critical to my development as a writer, some to summon the courage to simply get something onto the page, others on how to continue finding joy in a process that can be very, very draining and disheartening. For NC State’s part, it absolutely provided a very formidable, strenuous environment of driven writers who inspired me to be on my toes during every workshop. I respected the talent in each and every person I interacted with so much, and I left with a small army of supportive colleagues at my back, which is always the best way to leave any program.

Apart from my writing workshops, I’d say African American Literature with Marc Dudley. After all of the white Southern authors I’ve read for my own craft, I am so enormously grateful that I had the opportunity to delve deeper into poignant voices that aren’t always readily thought about when we consider the patchwork quilt of literature in this country, as well as into lesser-studied titles of well-known African American writers. No matter what program you’re in, see if you can get into a literature course that naturally offers a diverse syllabus.

If you could tell your younger writing self anything, what would it be?

In fiction, it doesn’t have to be true as long as it’s True.

What are you reading right now?

My partner Kevin Kauffmann is also an author, and he’s got a few new things cooking that I’m going to try and spend some time with.

I’m not mature enough as a writer to have a set time of day that I return to habitually, unfortunately, and the pandemic hasn’t been kind to the idea of “habit” in general. I do find that being awake before everyone else in the house is nice!

It would be so blessedly informal and relaxed, but if I could get Lee Smith, Jill McCorkle and Rebecca Lee together on a porch with some fixin’s somewhere, I know the four of us could probably talk for hours. 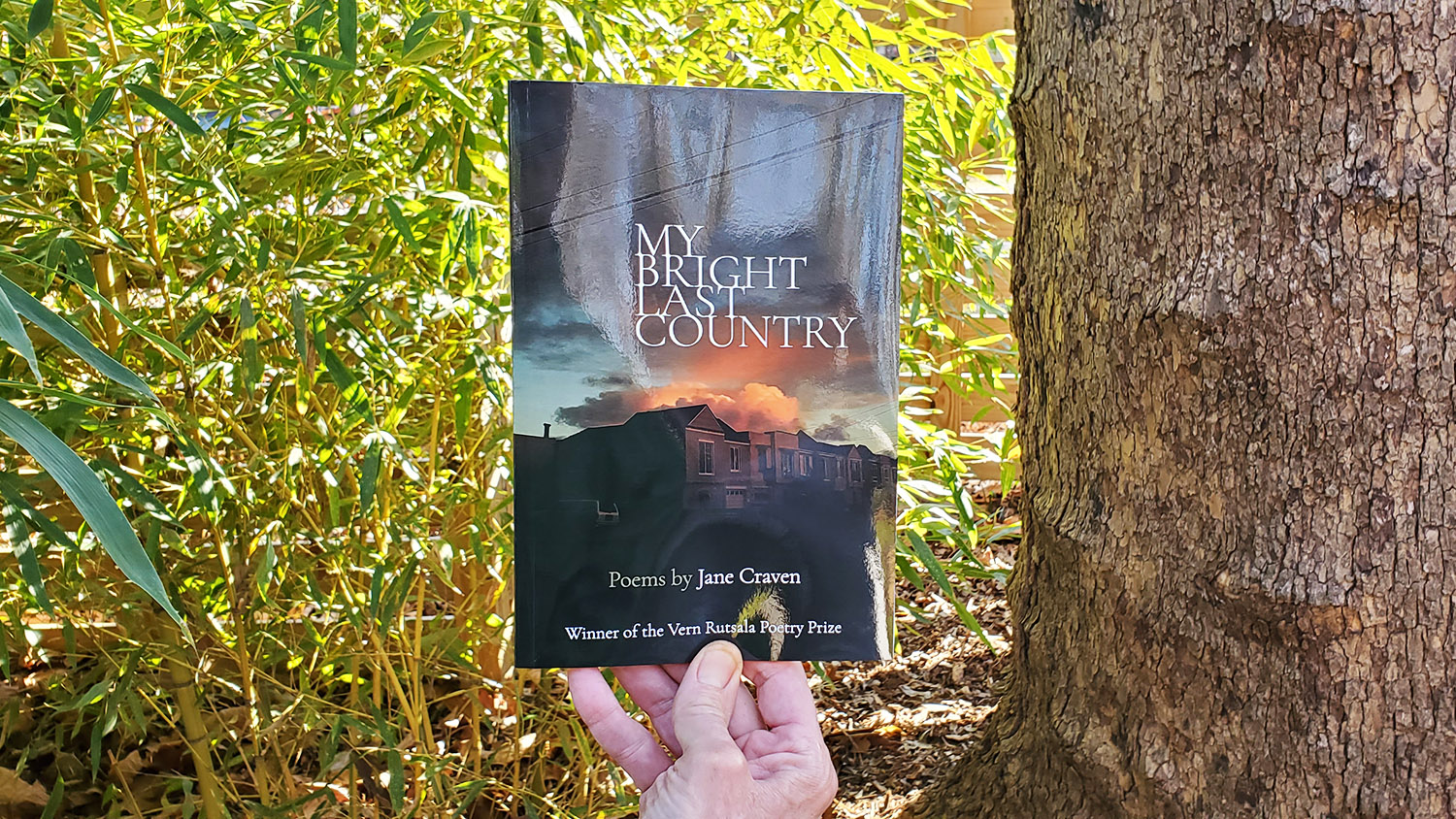 We caught up with English alumna Jane Craven to learn more about her first poetry collection “My Bright Last Country.”