Fictionist, anthologist and book editor Jason Erik Lundberg graduated from NC State’s Department of English with a master’s degree in 2005. Born in New York and raised in North Carolina, he has lived in Singapore for the past 13 years. We caught up with Lundberg to learn more about his first novel (and 25th book), A Fickle and Restless Weapon, and his time on campus.

By the time I started work on A Fickle and Restless Weapon (which was known then only as “the Tower novel”), I had been writing with the intention of publication for over a decade and publishing short fiction for barely three years. I wanted to attempt a complex psychological novel. Prior to this, I had begun a handful of novel-length ideas, but they all fizzled out or I ended up repurposing them into short stories. However, this was the first idea that I felt had enough scope and an epic enough story that it could sustain over a much longer narrative.

I did a full year of world-building while also a candidate at NC State in the M.A. program in English with a concentration in creative writing; I wrote the first words of the novel —“It was late morning when Zed arrived, incognito.” — in December 2004. I was uneasy with the way that government and corporate surveillance had infiltrated so much of our daily lives (which has only gotten more pervasive in the intervening 15 years). I wanted to tell the story of three people — all artists in their own way, who also have uncanny abilities — resisting a surveillance state in Southeast Asia. Of course, it also had to be a love story and an adventure story, but the main focus was an examination of overriding authority just this side of dystopia.

How does this book differ from the other books you’ve written?

Even though it’s my 25th book, it’s my first novel, and it differs from my other works in scope and scale. Short stories and novellas are fun lengths to write as well, but a novel is still the best way to tell a long, complicated and sometimes messy story. It also went through eight complete drafts by the time we got to final publication, which was a necessary thing in order to craft such a tale (although not common: most fiction for me only requires two or three drafts because I’ve already spent so much time turning it over in my head). I’m extremely proud of what I was able to artistically accomplish with this book.

ENG 588, the graduate-level fiction writing workshop conducted at that time by John Kessel, who also became my thesis advisor and mentor. I had already attended many workshops by the time I began my master’s degree in 2003, as well as the six-week writing bootcamp known as the Clarion Writers Workshop, but I especially loved that particular course because of the high level of critique from my classmates as well as the leadership and direction by Kessel. It pushed me to do even more with my writing, to truly examine what I was trying to say.

In addition, I write in a fantastical vein, and my uniquely strange fiction was treated with the same validity as a more realistic piece (which is sadly a rarity in American academia). I learned a tremendous amount from my fellow students and from Kessel (who has had more of an impact on my writing career than anyone else) and always looked forward to the next class.

I can draw a direct line from my master’s degree at NC State until now. After graduation, I was able to teach English, literature and creative writing for several years at a university level. In 2012, I was able to transition into a career as fiction editor for Epigram Books, Singapore’s pre-eminent commercial publisher, and play a part in changing the prose landscape in my adopted home. I would literally not be where I am today without my education at NC State.

What are your writing rituals?

While working on a project, I need to write every day (or as close to it as possible) in order to maintain narrative momentum, usually at a café or someplace else conducive to work; home is too full of distractions to properly get in the headspace needed to write fiction. Of course, other writers’ mileage may vary. This, and the anxiety caused by the COVID-19 pandemic, are actually why I haven’t done much writing in the past several months, unfortunately. As of this writing, Singapore has entered Phase 2 of its gradual reopening, but I still mostly spend my days working from home in my high-rise flat, worried about the future. I’m hoping that when things loosen up a bit more later in the year, I’ll be able to make creative writing a regular practice once again.

When the right words won’t come, it’s usually because my subconscious is chewing over some narrative issue. This is why I like to have multiple projects going on at once; there have been times in the past where I’ve been simultaneously working on a novel, a novella, a handful of short stories, a children’s picture book, and an anthology I was curating. If I get blocked on one thing, I move on to another until the blockage resolves itself. So far, this method has worked well for me.

I’m going to cheat a little bit with this question. In the late 2000s and early 2010s, Penguin Modern Classics (UK) released the entirety of Vladimir Nabokov’s oeuvre with uniform illustrated cover treatments, 23 books in all, and I own the entire collection. I am known more for writing and reading speculative fiction, so it might be surprising to some that I revel in the work of a literary lion in realism. It took considerable time and effort (and expense) to accumulate each book, and then, once acquired, to read them all in order of original publication, an achievement I still have not completed (I got stuck at Pale Fire and have yet to recover).

A Wrinkle in Time by Madeleine L’Engle. I really liked the idea of traveling through dimensions, and that love is the ultimate force against evil. I also got a major crush on Meg Murray, who is smart, brave and capable. This might also have been the first children’s novel that compelled me to continue the story with the rest of the series (though I never read the fifth book, An Acceptable Time; I think I’d aged out of it by then). And Camazotz still scares the hell out of me; during that section of the recent film adaptation directed by Ava DuVernay, I clenched all over, which is the same internal reaction I’ve had since I was a kid when it comes to the idea of enforced mass conformity. I wrote a proper appreciation of the book on my website on the occasion of the book’s 50th anniversary.

Next is my second novel, One Nine Eight Six, which takes place five years after the events of my novella Diary of One Who Disappeared (and, therefore, 30 years after A Fickle and Restless Weapon), and deals directly with the aftermath of that book’s conclusion. It’s the third in what I’m calling The Tinhau Sequence, which forms a very loose trilogy right now; each book is a standalone story, with its own protagonist(s), but all three take place in the same timeline, and events that occur earlier have a profound effect later on.

I have a general sense of what One Nine Eight Six will be about (my shorthand is: To Kill a Mockingbird meets Stephen King’s Firestarter), and I think I now have a handle on the voice of the main character, so it’s just a matter of putting one word after another and seeing where the narrative takes me. 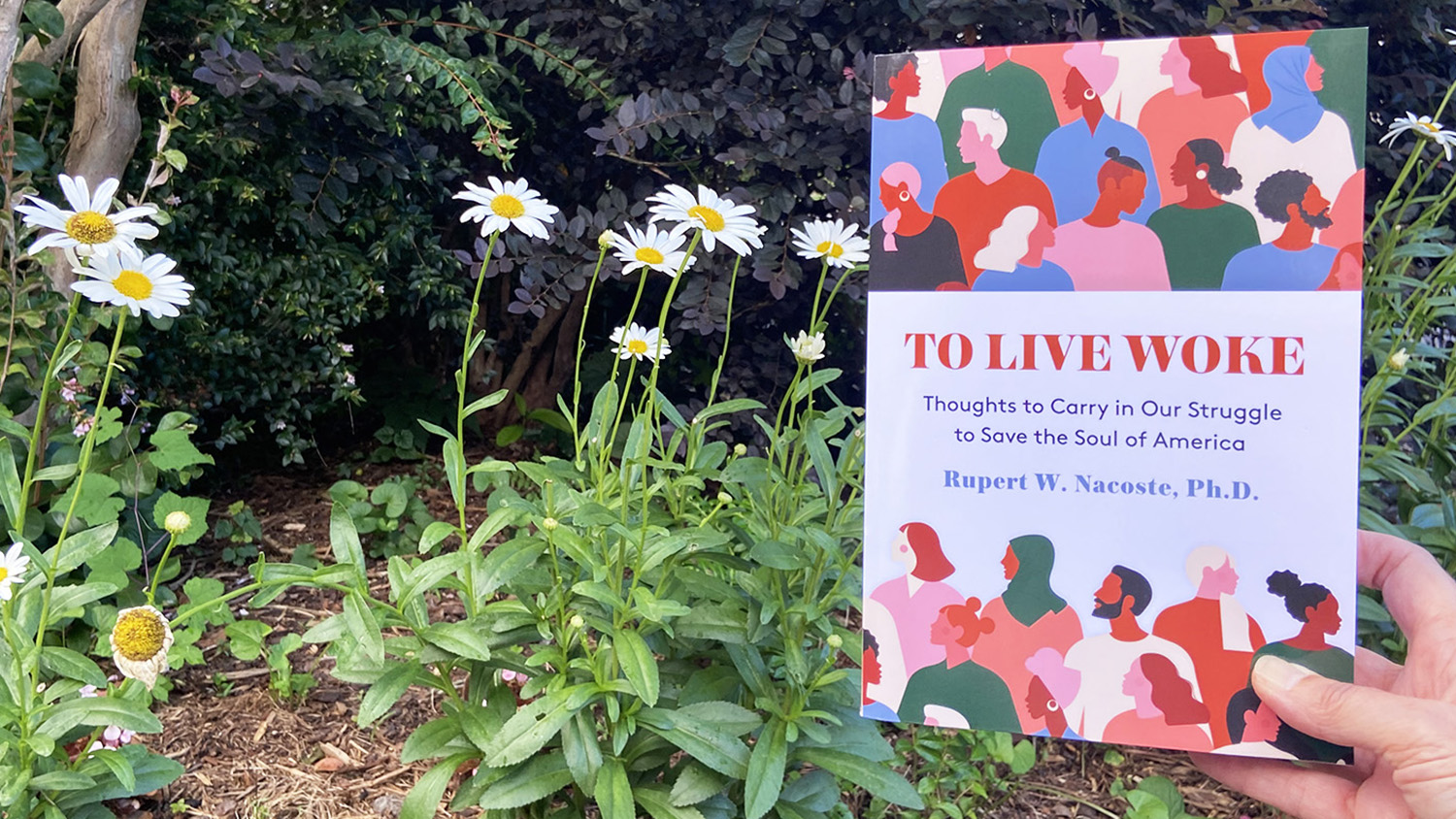 We caught up with psychology professor Rupert Nacoste to learn more about his book “To Live Woke: Thoughts to Carry in Our Struggle to Save the Soul of America.” 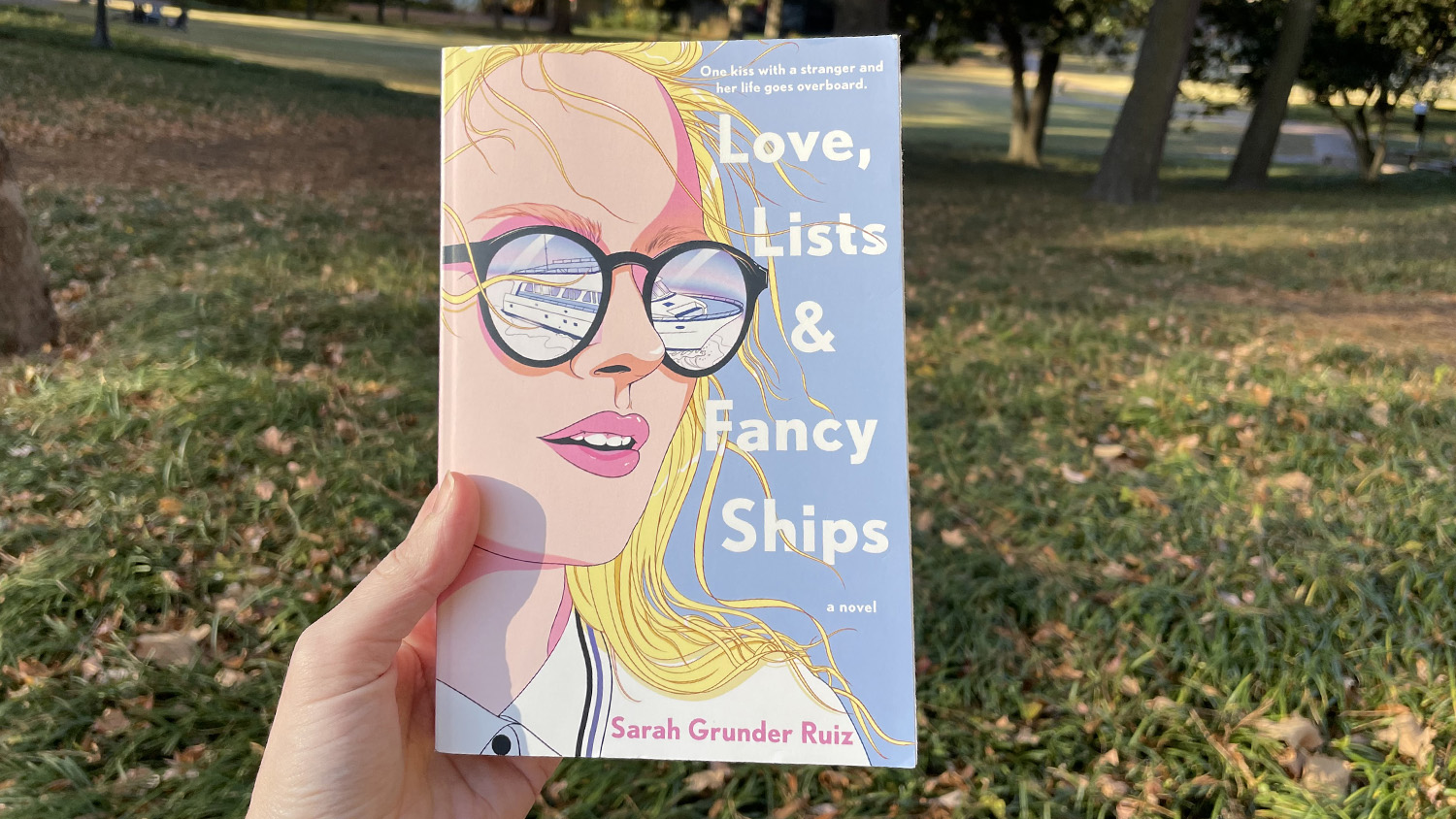 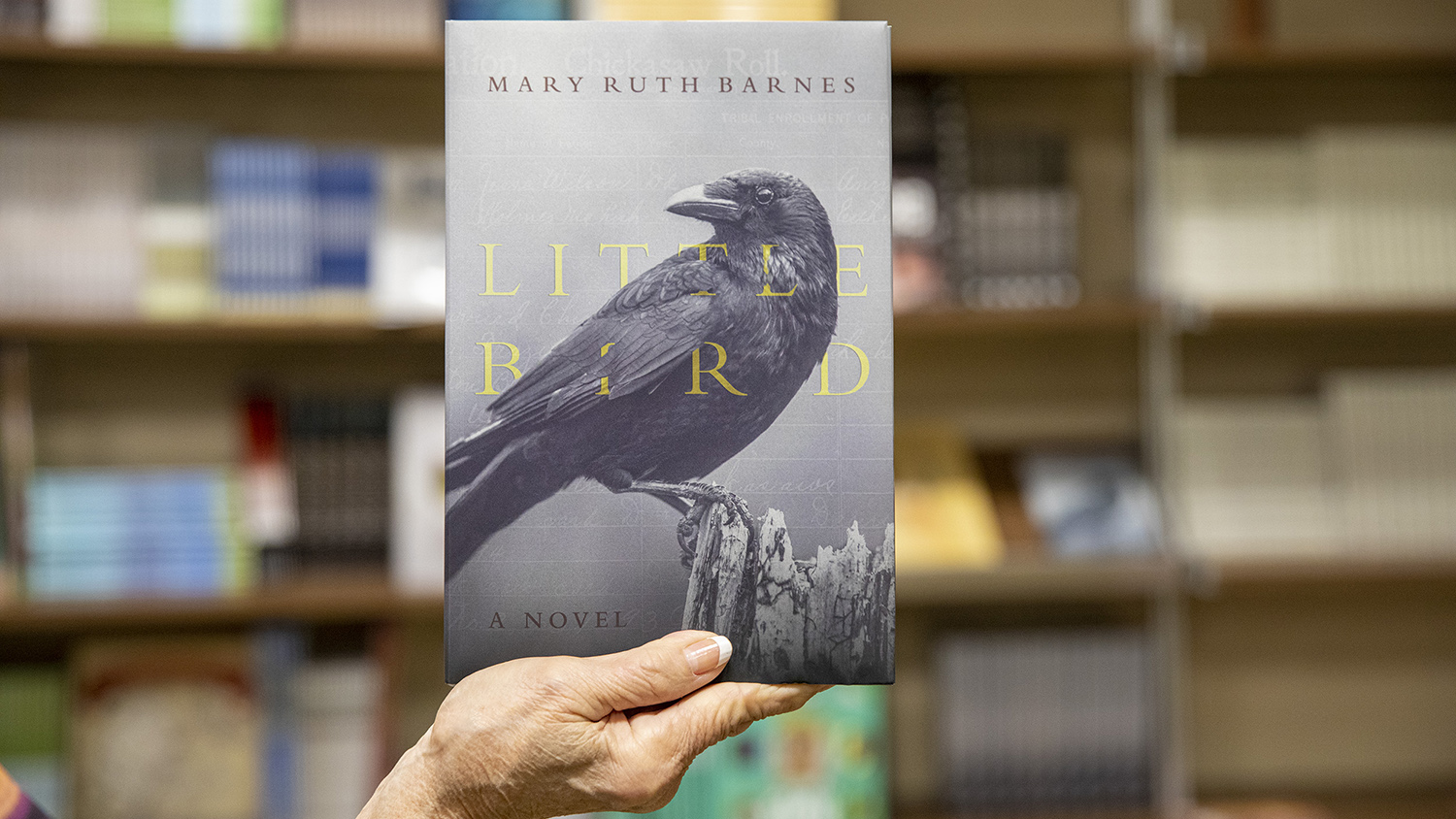 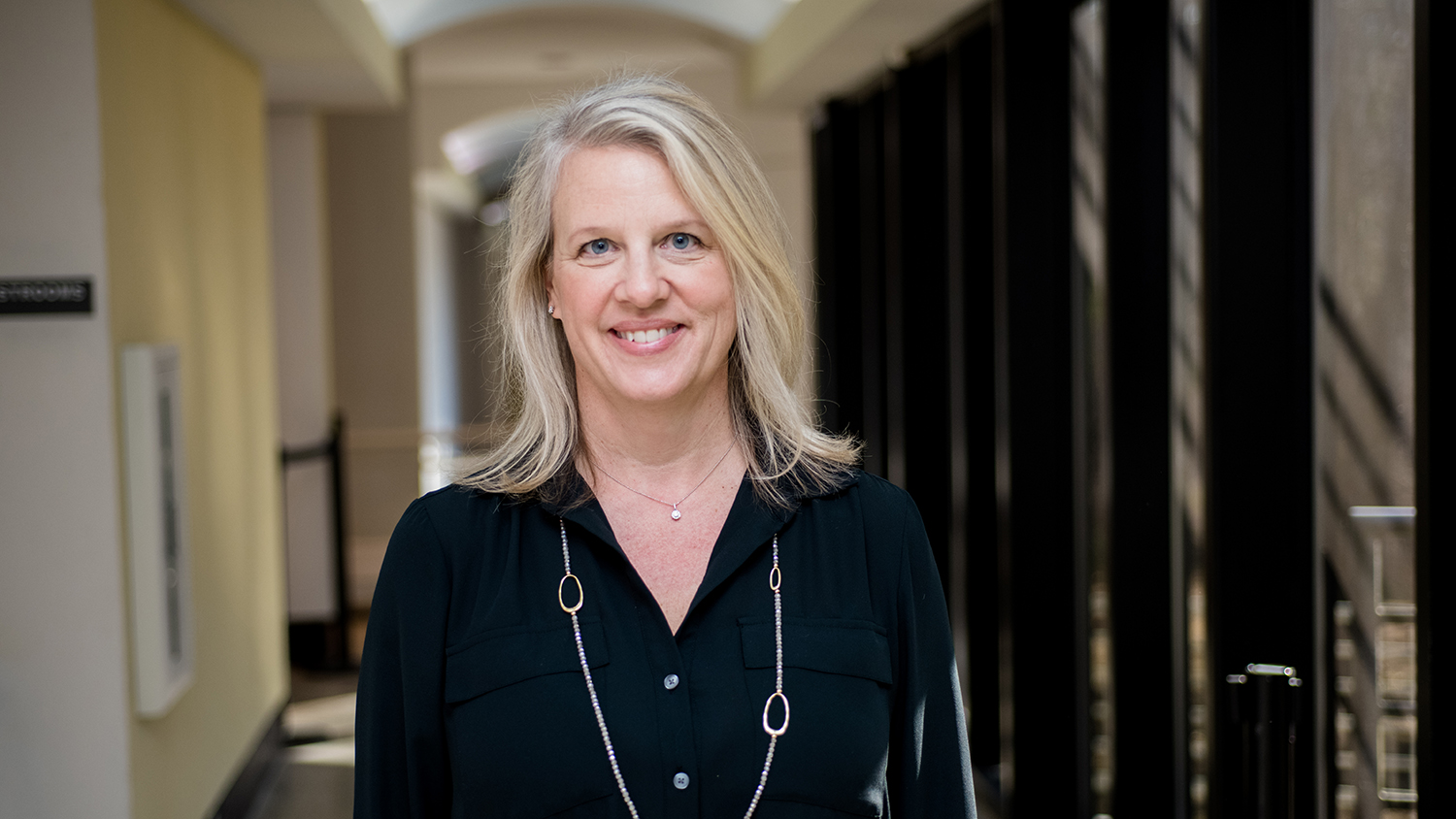