Melissa Marr graduated from NC State’s Department of English with a master’s degree in 1997. She writes fiction for adults, teens and children. Her books have been translated into 28 languages and been bestsellers internationally as well as domestically, including in the New York Times, Los Angeles Times, USA Today and Wall Street Journal.

Marr’s children’s book Baby Dragon, Baby Dragon! follows the friendship between a young girl and a hyperactive dragon — and the exciting journey they embark on through a kingdom. We caught up with Marr to learn more about her storytelling and favorite memories from NC State.

This was my second picture book. Typically, I write novels (very commercial ones), and I’ve made my living as a novelist since 2006. In 2012, however, I adopted a child who was born addicted to opiates. My debut picture book, Bunny Roo, I Love You!, was written in the hospital for my son about his health. Baby Dragon was about his attention deficit hyperactivity disorder (ADHD), and my upcoming book, Duckling Too!, is about dealing with preschool dilemmas in the same situation. So, these are all love letters to my youngest son. Weirdly, Bunny Roo was selected as a spring/Easter book, and it’s on the way to being a “perennial” spring seller. While it wasn’t written that way, it’s caught on as such, and it’s been an intriguing experience in the gap between authorial intention and reader response.

How did writing your first novel differ from the other books you’ve written?

They are all different. There were 17 or more novels, three picture books, some manga, short fiction and some prose nonfiction. It’s been a busy 14 years.

Faulkner with Mike Grimwood. He is, was and always will deserve credit for making me the writer I am today.

Well, there was Mike — and Tony Harrison, Linda Holley and John Kessel. There were some amazing people, who taught me wonderful things. I still talk to John Kessel (his brilliant wife was my student when I taught at NC State after finishing my degree).  Honestly, the English department just really had/has some stellar people.

Black Beauty, Alice in Wonderland, The Secret Garden or my grandmother’s fairy tale collections. We didn’t have television, so I had a lot of books to fill my mind.

If they know me, they won’t be shocked by any of it! I recently read The Vampire: A New History (Broom; Yale UP), but I have everything from Mother Bruce (Higgins) to Zealot (Aslan) to My Sister the Serial Killer (Braithwaite). I suspect since I write picture books and fantasy, the latter two are the most unusual, but my next book is Pretty Broken Things (Audible Original, 2020). That’s a thriller — set in Raleigh and New Orleans.

As I mentioned, my next book is the Southern thriller Pretty Broken Things (Audible original, 2020), and in 2021, I’ll have The Hidden Knife (Penguin), a Victorian middle-grade fantasy, as well as my next picture book Duckling, Too! (Penguin). In 2022, I’ll have Wild Horses (Penguin), which is a book for young readers with my photography of the wild horses in Arizona where I live. 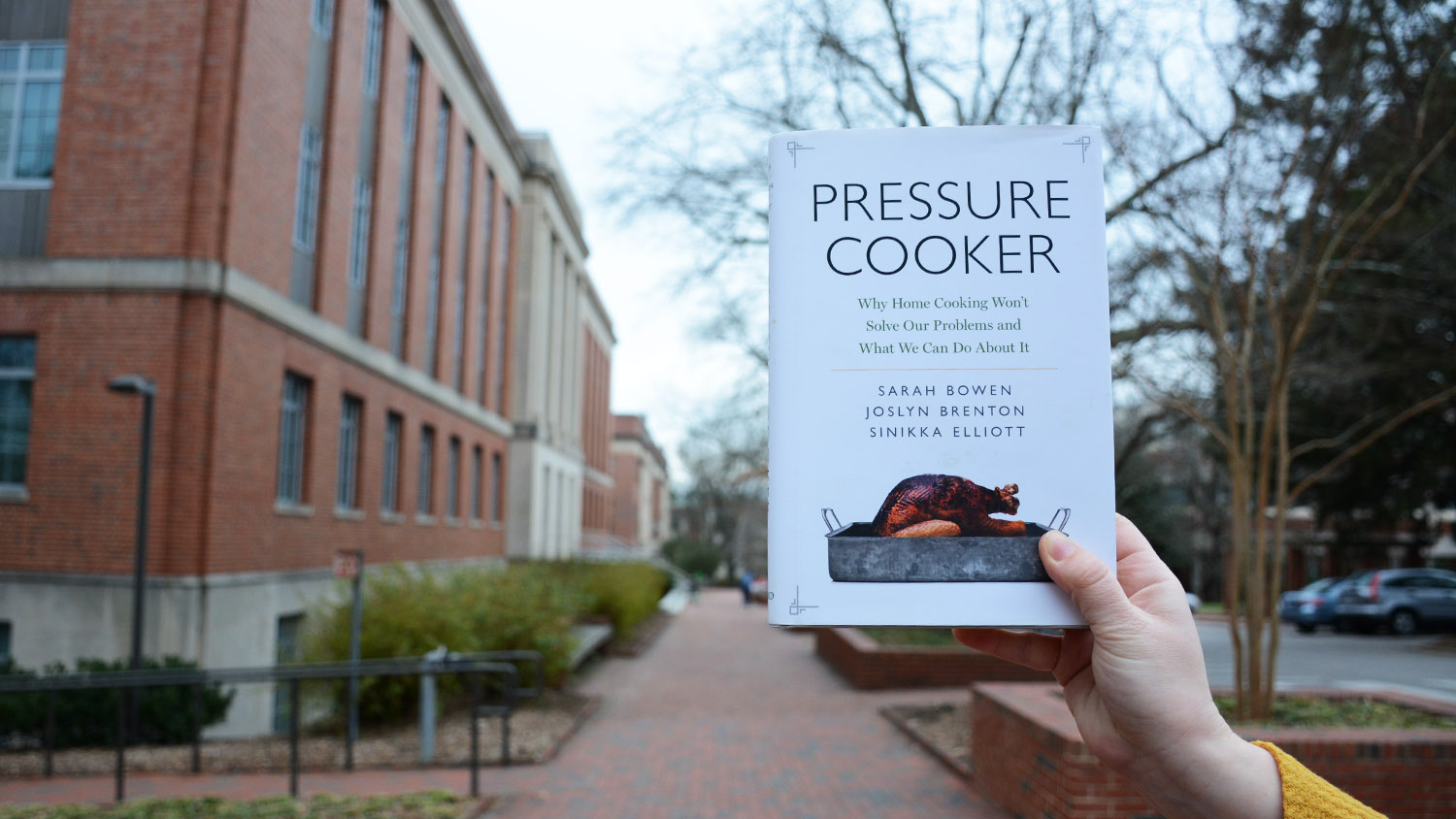 We caught up with sociology professor Sarah Bowen to learn more about her book “Pressure Cooker: Why Home Cooking Won’t Solve Our Problems and What We Can Do About It.”