Marc Dudley is an associate professor of English at NC State. His book Understanding James Baldwin, part of the Understanding Contemporary American Literature series, explores Baldwin’s aspirations, the depth of his work and the tumultuous times in which he wrote. We caught up with Dudley to learn more about his research interests and life outside the classroom.

What kind of research did you do for Understanding James Baldwin?

I started by reading a couple of the more esteemed biographies on James Baldwin, including David Leeming’s renowned treatment (probably the best thing out there on Baldwin). I thought this to be the best strategy to get a sense of the man, who he knew, the times in which he lived and what he saw. I then looked to retrace a bit of American history, so I read about those years between the world wars and the years of unrest here at home as Vietnam raged. Then, I set out to read everything by Baldwin I could get my hands on, including reading some texts for the very first time, before looking to those critical texts that engage what he wrote. The last part, the hardest part, was putting all of that together as I tried to write a narrative about one of the 20th century’s most complex and celebrated literary figures.

You juggle a lot. How does a professor make time to write?

That’s a great question and an important one. People are often under the impression that a college/university professor’s work is done for the day after he/she wraps up a class discussion. That’s patently untrue! So much time (for those on the outside looking in) goes unaccounted for; but what most don’t see are the hours spent grading assignments, meeting with students outside of the classroom, engaging in committee work promoting departmental, college and university agendas, and engaging in professional reading. That said, as a professor, you learn to make time, to organize that time and to structure your days around various demands. Otherwise time can escape you. There are summers, of course, and sometimes generous scholarly leaves/sabbaticals that often help facilitate that good work. Somehow the writing gets done.

The Lion, the Witch, and the Wardrobe by C.S. Lewis

The Diary of Anne Frank

Academics are notorious workaholics! So, while I’d love to say my answer to that question is “nothing at the moment,” I in fact do have a couple of other projects on my plate right now or else on the horizon. I have a couple of articles in the works and a collection of essays on Ernest Hemingway and film treatments of his several novels/stories. The collection will speak to the work of translating those texts and treatments in the classroom. That project, entitled “Teaching Hemingway and Film,” of which I am a co-editor, is part of Kent State University Press’s Teaching Hemingway series and will be published in 2020. 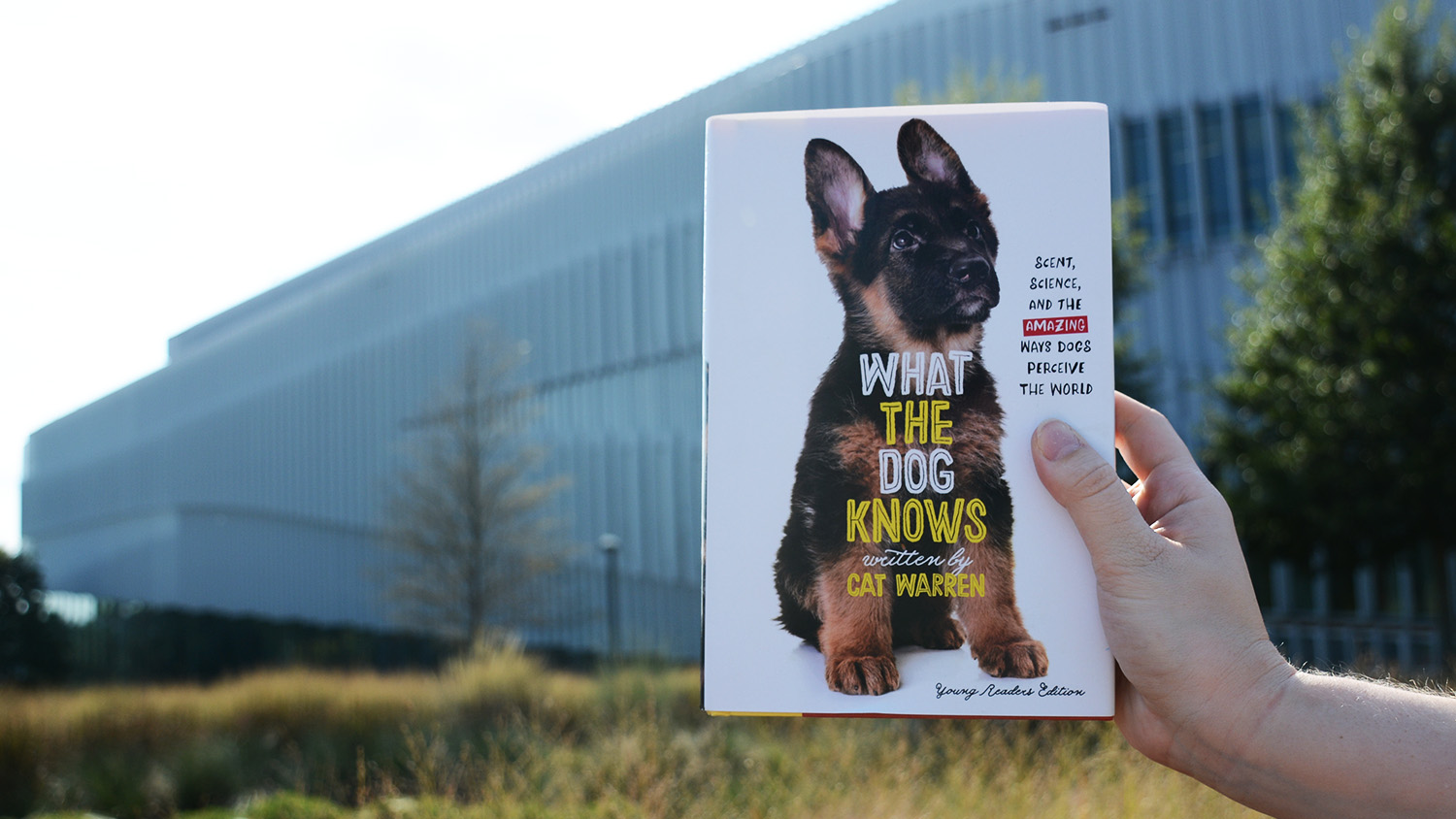 We caught up with English professor Cat Warren to learn more about her young readers edition of “What the Dog Knows.”

After 7 Years as Department Head, David Zonderman Returns to Faculty