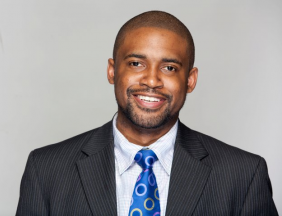 Dr. Xavier Pickett is an Assistant Professor of Religious Studies and Africana Studies. Prior to joining NC State, he was an entrepreneur, Visiting Assistant Professor at New York University in the Department of Religious Studies, and held a residential doctoral fellowship at the University of Virginia’s Carter G. Woodson Institute for African-American and African Studies. Having a joint appointment between the Department of Philosophy & Religious Studies and the Africana Studies Program, Dr. Pickett teaches courses in both units at NC State. His research focuses on African American religion, politics, emotions, and social movements like Black Power and #BlackLivesMatter. He is currently working on two manuscripts. The first reconceptualizes the academic study of Black religion by shifting attention to affect, literature and the secular. The second offers a new theory of Black rage that reevaluates its common misconceptions with historical, ethical and political import while distinguishing Black rage from other forms like white rage.

2019, “So When Did White Christian America Lose Its Mind?” The Bible for Normal People podcast.
2018, “Honoring the Sacred Fire of James Cone.” Black Perspectives.

His scholarly research has been widely recognized and supported by the Ford Foundation, University of Virginia, Louisville Institute, Forum for Theological Exploration, and American Association of Blacks in Higher Education.