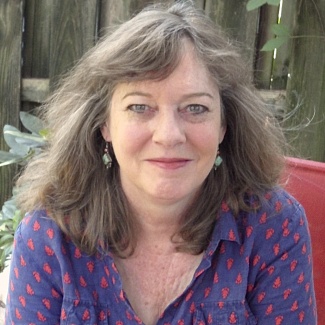 Susan got her BFA from Syracuse University in painting and printmaking, and her MFA from California Institute of the Arts where she studied film, mentored by Alexander Mackendrick (“Man in the White Suit,” “Sweet Smell of Success”).

In Los Angeles, her “day job” for many years was set decorator working with David Mamet, Michael Apted, Graeme Clifford, and notably with Robert Altman on “The Player” (in which she is a featured actress), “Short Cuts,” “Kansas City,” and “Cookie’s Fortune.”

Susan has written many screenplays on spec and for hire; most notably— co-writer of the Academy-Award winning film “Pollock” for actor/director Ed Harris.

She has written and directed short films, PSAs, music videos, and commercials. Susan’s feature film, “In the Land of Milk and Money,” a wild social satire, garnered awards and rave reviews at festivals in the US and internationally. and can be seen on Netflix.

She has written and directed several plays including critically acclaimed and award-winning “Brushstokes,” inspired by paintings of Edward Hopper. Her play “Dominoes” is was published by the Dramatists Play Service. And “Defrosting Popsicles” by Playscripts.

Ms. Emshwiller has taught play and screenwriting in Los Angeles and continues here in the Triangle.