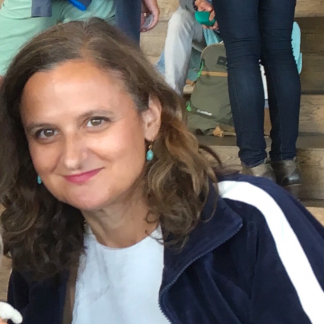 Ora Gelley holds a Ph.D. in English (2003, Cinema and Media Studies emphasis) from the University of Chicago with doctoral and post-doctoral teaching experience at the University of California, Irvine, Dartmouth College, Tulane University, and Bilkent University, Ankara, Turkey.  Her teaching interests include Postwar and Contemporary European Cinema; Stardom in Hollywood and Europe; Film Theory; Violence in the Cinema; Women’s Cinema; Feminist Theory; Holocaust Representation; and Film and Literature. Her book, Stardom and the Aesthetics of Neorealism: Ingrid Bergman in Rossellini’s Italy (research for which was funded by a 2009 NEH grant) was published in 2012 by Routledge. Her current research project is focused on Violence and “Counterviolence” in New European Cinema. Her essays have appeared (or are forthcoming) in Film Studies, Critical Inquiry, Film Criticism, Films for the Feminist Classroom, Cinema Journal, and Camera Obscura.