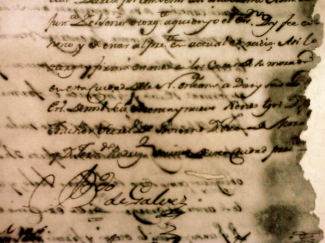 I teach courses on American, African-American, and Black Diaspora literature and culture as they relate to science and medicine. Gender and class analysis are also central to these courses. I employ a comparative, interdisciplinary approach in order to investigate the shared epistemological, political, and aesthetic concerns of art and science in their historical contexts.

A Speculative History of Women on Their Backs (academic monograph, in preparation) brings together black studies, disability studies, and gender and sexuality studies in order to consider issues specific to women’s horizontal labor, including childbirth, sex work, illness and recovery. Reconceiving of the feminine as a literal position (horizontality), this text offers a theory of literary and historical women as laborers involved in a collective strike against normative injunctions to be upright.

Horizontal & Hysterical (completed manuscript) is a work of autotheory that investigates the medical history of hysteria in relation to black women’s literary and artistic production, with a particular focus on twentieth-century writer Gayl Jones.

Letters to the Other World (completed manuscript) is a hybrid text that theorizes an unexpected continuity between the mobilization of blackness and invisibility in the epistemologies of quantum physics (particularly Einstein’s pursuit of quantum realism) and the published writings of novelist Ralph Ellison and political prisoner George Jackson.

“Black Feminism’s Minor Empiricism: Hurston, Combahee, and the Experience of Evidence,” Catalyst: A Journal of Feminism, Theory, and Technoscience 1:1 (2015).

“The Queer Science of Self-Experimentation: William Burroughs and Addiction’s Experimental Economies” (Under consideration).

“Gayl Jones, Black Hysteric,” (Under Consideration for Expansive Reflections: Returning to the Feminisms of the 1970s (edited collection))

Review of Lundy Braun’s Breathing Race into the Machine: The Surprising Career of the Spirometer from Plantation to Genetics. Configurations: A Journal of Literature, Science, and Technology 23:1 (2015).

“Indeterminacy: Politics, Form, and Method: On Ralph Ellison in Progress: From Invisible Man to Three Days Before the Shooting. . . by Adam Bradley.” Novel: A Forum on Fiction 45:3 (2012).

“Horizontal & Hysterical; or, The University Is Killing Me,” Grinnell College, Departments of Womens and Gender Studies and English, May 2017.

“Empiricism and Black Modernism,” University of Sussex, School of English and Program in American Studies, June 2014.

“A Talent for Cancer: Critical Theory and Black Study in the University,” accepted for the American Studies Annual Conference, 2018.

“Minor Science and the Strategies of Law,” accepted for the National Women’s Studies Association Conference 2017.

“The University and the Undercommons Roundtable,” Cultural Studies Association Annual Conference, May 2014.