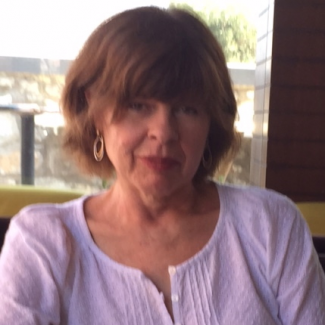 Helen Perros earned her B.A. in History and Political Science and her Ph.D. in medieval Irish history from Trinity College Dublin, Ireland. Her doctoral thesis examined the role of the Anglo-Normans in Connacht, Ireland, and she has published articles on both Anglo-Norman and pre-Norman Connacht. Her current research is on cultural identity in this and other frontier societies in the British Isles, where Norman expansion brought Anglo-French society into contact and conflict with Europe’s older Celtic fringe.  She is particularly interested in the co-existence, assimilation and cultural transmission that took place alongside the hostilities and in the role that myth played in fostering a sense of national identity and destiny among the English, Irish, Scots and Welsh.

In addition to teaching courses on the endlessly fascinating Middle Ages and High Middle Ages, Dr. Perros has directed independent studies of both Early Christian Ireland and Ireland in the High Middle Ages.  She has also given a University Honors Program course on The Intersection of Myth and History in the British Isles, 1066-1328, and Encore/OLLI courses on The Ancient Celts and their Legacy and on Ireland’s 1916 Rebellion and the Struggle for Independence.