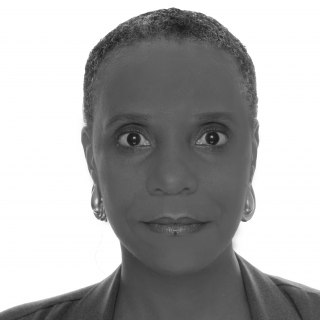 Growing up in inner city Philadelphia, Deidre Helen Crumbley never imagined that one day she would become an anthropologist.  In fact, as a member of a female-founded millenarian Sanctified church, she really did not expect to reach adulthood before the Parousia; but, when she did, she began to explore religion—and religions. This culminated in a master’s degree from Harvard Divinity School in history of religion, and a Ph.D. from Northwestern University in anthropology, after four years of fieldwork in Nigeria. There, she studied gender and institution-building in an indigenous church movement among the Yoruba people, which is the subject of Spirit, Structure and Flesh: Gendered Experiences in African Instituted Churches (AICs) [2008].  Her book, Saved and Sanctified: The Rise of a Storefront Church in Great Migration Philadelphia [2012], explores religion, gender, and power in the context of the African Diaspora in the United States. Her current research explores biography as a medium of anthropological writing, particularly for exploring the interplay of race, gender, and work in the African Diaspora.  She has taught at the University of Ibadan in Nigeria, West Africa; at Rollins College in Winter Park, Florida, where she headed African and African American Studies; and at the University of Florida, where she held a joint appointment between the departments of Anthropology and Religion.  Dr. Crumbley’s pedagogical goals are to impart to students holistic, interdisciplinary, and critical thinking skills; a lifelong passion for intellectual inquiry; and, a sense of ease with complexity.

3. Toward a pedagogy of interdisciplinarity

2012  Saved and Sanctified: The Rise of a Storefront Church in Great Migration Philadelphia. University Press of Florida.

2008  Spirit, Structure, and Flesh: Gendered Experiences in African Instituted Churches among the Yoruba of Nigeria. University of Wisconsin Press

2010  “ON BOTH SIDES OF THE ATLANTIC: INDEPENDENT CHURCH MOVEMENTS (ICMS) IN AFRICA AND THE AFRICAN DIASPORA.” IN ESSAYS ON WORLD CHRISTIANITY IN HONOR OF LAMIN SANNEH, EDITED BY AKINTUNDE AKINADE. NEW YORK: PETER LANG PUBLISHING. PP. 177-208

2008  “From Holy Ground to Virtual Reality: Aladura Gender Practices in cyberspace – An African Diaspora Perspective.”  In Christianity in Africa and the African Diaspora: The Appropriation of a Scattered Heritage. London. Continuum Religious Studies. pp. 126-139

2006  “Power in the Blood: Menstrual Taboos and Female Power in an African Instituted Church.” In Women and Religion in the African Diaspora, edited by Marie Griffith and Barbara Savage. Baltimore: Johns Hopkins University Press. pp. 81-97

2012  Searching for Africa in Brazil: Power and Tradition in Candomble. [Author: Stefania Capone. Translated from the French by Lucy Lyal Grant. Duke University Press. Durham and London. 2010] In RELIGION: Fall 2012.

Applied at the University of Virginia, C.G. Woodson Center

2012  Bowdoin College: Black Women and Pentecostalism in Diaspora Symposium.  “Saved, Sanctified and Covered: Gender, Race, and the Body in a Storefront Church”

2011  Northwestern University Program of African Studies.  “Blood and Blessings: Gender and Power in an African Church”

2010  The Zora Neal Hurston Festival of the Arts and the Humanities. “Zora Neale Hurston as Anthropologist: Predecessors, Prohibitions, and Permission”

2009  Emory University: Candler School of Theology Consultation on Ethnography and Theology “Researcher-Researched: Ethnography, Theology, and the Methodological Implications of Studying One’s Own”

2004  Princeton University: Women and Religion in the African Diaspora. “Power in the Blood: Menstrual Taboos and Female Power in an African Instituted Church.”

1. Gender, religion, power in Africa and the African Diaspora