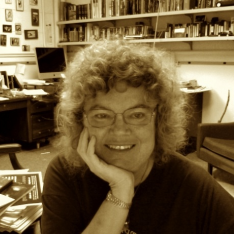 Andrea Mensch has taught a variety of courses such as Introduction to Film, Writing about Film, Literature and Film, History of Film since 1940 and Academic Writing and Research since joining the NCSU English Department in 1993. She has also taught courses in literature and film in London and Prague under the auspices of the NCSU Study Abroad Program. Her specialties include European Cinema with a particular emphasis on German Cinema. She was the associate editor of Jouvert: a Journal of Postcolonial Studies and she is the co-editor of the Blackwell Companion to German Cinema (2012).