Promoting the welfare of the college through advocacy, fundraising and service — that's the important role our Dean’s Board members play every day. Through their involvement and engagement, they advocate for the humanities and social sciences at NC State, across the state and beyond.

Meet the Dean's Board

David is the current chair of the College of Humanities and Social Sciences Dean’s Board. David is a wealth advisor with The Carolinas Financial Network. A 26-year veteran, David advises individuals and closely held businesses on investment management, risk management and estate planning opportunities. David has been involved with NC State over the years in capacities such as Alumni Association board and State Club board. He is very involved in several nonprofits and is an avid Wolfpack fan. David, Ann and their two boys live in Raleigh. 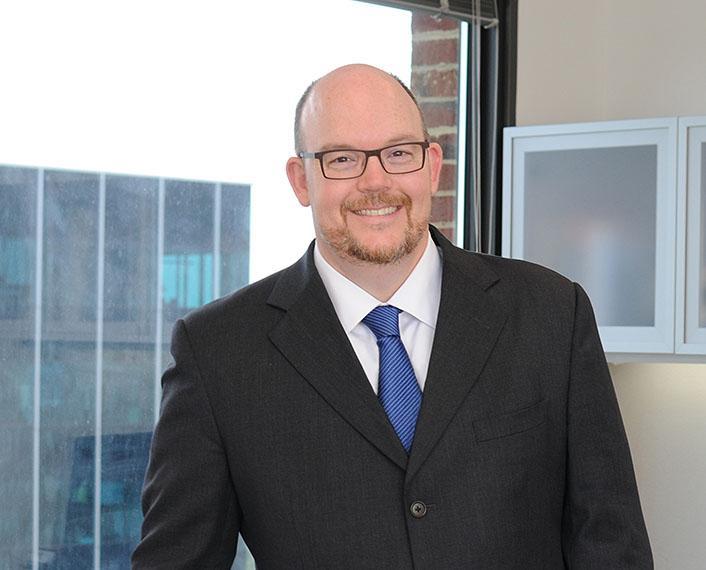 Todd is the founder of the law firm Adams | Howell and currently serves as both the Managing Partner of the firm and head of the Commercial Real Estate Department. Under Todd’s leadership Adams Howell has grown to a multi-state, multi-office law firm representing Fortune 500 Clients on real estate matters throughout the nation as well as a consumer practice division that represents clients throughout North Carolina. Outside of the demanding work schedule, Todd enjoys spending time with his wife, Whitney, and his 4 young daughters. He also enjoys watching baseball and football when attempting to relax. Todd received his J.D. from the Norman A. Wiggins School of Law from Campbell University. 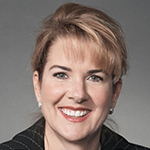 Emily is currently a real estate professional with Hodge Kittrell Sotheby’s International Realty. Prior to this new endeavor, Emily was a successful fund-raising professional, serving in several senior roles including Vice President and Chief Development Officer of the Rex Foundation and Vice President of Development at the Food Bank of Central and Eastern North Carolina. 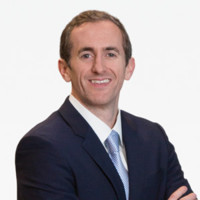 David grew up in Boone, NC. He graduated from NC State in 2008 and from UNC Law in 2012. David works at Womble Bond Dickson in the intellectual property group. He is married to a 2009 NC State grad, Carrie McMillan, who is an attorney at First Citizens Bank. Together, they have a black lab named Sampson.

Susan is an executive with expertise in issues management, government affairs, crisis management, communications and strategic philanthropy. Recently retired after nearly 30 years with ExxonMobil, she serves as President of the Board of Directors of the National Woman’s Party at the Belmont-Paul Women’s Equality National Monument in Washington, DC. She is also Chair of NC State’s School of Public and International Affairs Advisory Council. She has a Master’s Degree in Middle East Studies, International Economics and Arabic from Johns Hopkins School of Advanced International Studies. 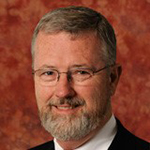 Linda has over 30 years of professional fundraising experience as a political consultant for local, state and national candidates as well advising not-for-profit organizations. Linda is actively engaged in activities around prison reform and ex-offender reentry. 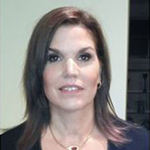 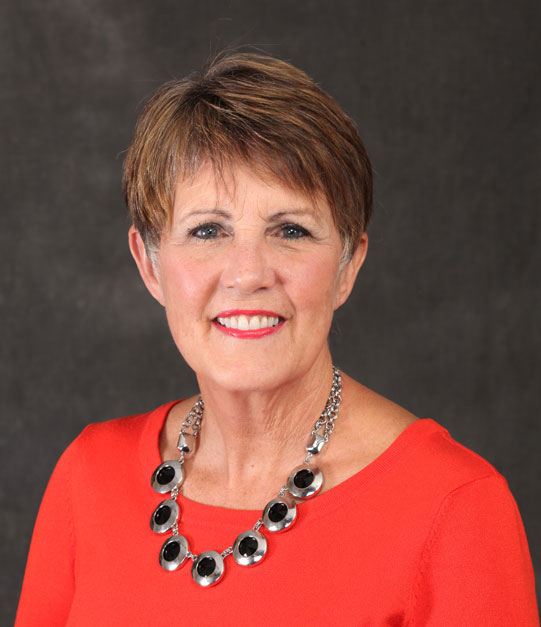 Linda is a recently retired insurance and risk management professional. With her husband, she founded and operated an insurance and risk management firm in 1994 until her retirement. They worked primarily in commercial property/casualty insurance. Linda is active in ZOE Empowers, a ministry targeting impoverished orphans in under-developed countries, through a sustainable, empowerment model. Linda and her husband reside in Swansboro, NC. 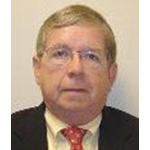 Lee is a Medicare contractor medical director for Palmetto GBA (Medicare Jurisdiction M). He was previously with Blue Cross and Blue Shield of North Carolina. He was previously in private practice as a nephrologist for 20 years in Raleigh, and also served in the US Air Force as a physician for 20 years. Lee has been an integral part of the Raleigh community through service on multiple nonprofit boards. 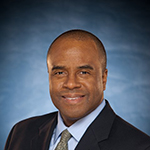 Roger serves as senior associate general counsel in the Sam’s Club Division of Wal-Mart Stores, Inc., where he provides legal support to various business units, including marketing, membership, member insights, e-commerce, corporate communications, credit and finance. Before starting his career at Walmart in 2002, Roger practiced law for 12 years at an insurance defense law firm in Atlanta. Roger currently serves in executive and director positions on several professional and community organizations.

Angela is co-founder and head of growth for Higher Mind, an exciting startup that is shaking up the functional and energy drink market. Higher Mind is a beverage that provides an immediate boost in alertness, memory, and focus, while also providing long-term brain health benefits. Angela has significant experience in higher education and most recently worked at Doolli Inc, a STARTUP-NY technology company and previously at Fullbridge Inc., Xerox, Blackboard Inc. and The Chronicle of Higher Education. Angela earned her MBA at Columbia Business School. 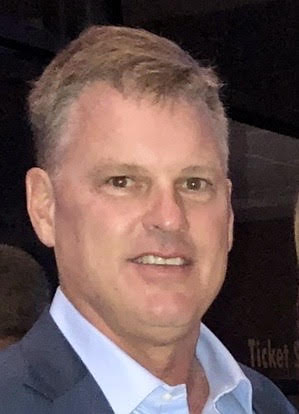 Britt is the founder and managing partner of Select Concrete Construction, a commercial turnkey concrete contractor based in Hillsborough, NC. Britt is also the founder and principal of number4, LLC, a real estate investment and management company. 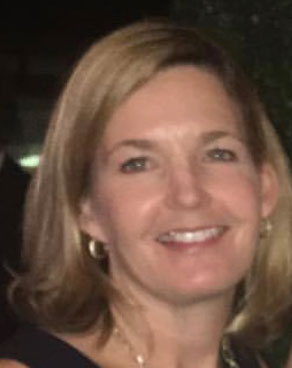 Mary Stuart has a degree in History and Secondary Education from Meredith College but is the biggest NC State fan in the Irwin family. She has been a high school teacher and is also a partner in Select Concrete Construction as well as Irwin Properties/AMBA Venture. Mary Stuart served on the Trinity Fund Capital Campaign at Trinity School of Durham and Chapel Hill for 3 years.

Billy is the Chief Lobbyist at the Institute for Scrap Recycling Industries in Washington D.C. He is also a member of the SPIA (School of Public and International Affairs) Board. After receiving his degree from NC State, he earned a Masters of Public Administration, Science and Technology Policy from Virginia Tech. 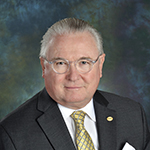 David has over 40 years of experience in the financial services industry, including both commercial and investment banking.  David is currently Managing Director at Allen C. Ewing company, an investment banking firm. 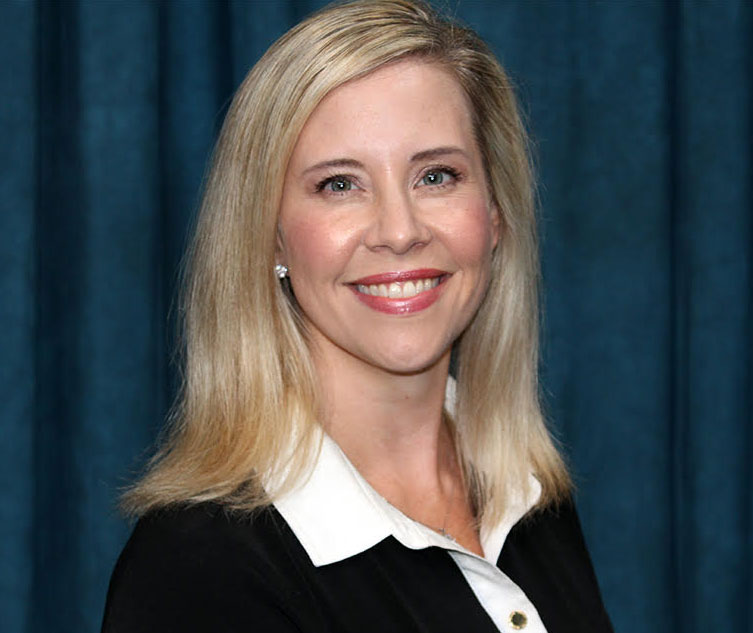 Paula is a Senior Manager of Talent Development at First Citizens Bank, leading the organization's efforts related to performance, talent and leadership development. Prior to joining First Citizens, Paula held various roles within the Office of State Human Resources, including Interim Deputy Director, Director of Talent Management and HR Director for the Department of Health and Human Services.

Jennifer is a 1988 NC State Psychology graduate with a PhD in Industrial/Organizational Psychology from the Pennsylvania State University.  She is a senior vice president of Research, Evaluation, and Societal Advancement at the Center for Creative Leadership, with specialties in measuring the impact (e.g. ROI) of leadership development, helping organizations achieve their business strategies and goals through leadership strategy and culture transformation, and improving organizations and society through equity, diversity, and inclusion. 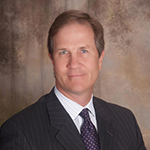 Dean is chief operating officer for Renfro Hot Sox LLC, an innovator in fashion socks and hosiery. Dean has over 20 years of senior management experience in sales, marketing and operations.

Reggie has been a pastor his entire professional career. In addition to ministering to the needs of congregations throughout the state of North Carolina, he has also served in leadership roles in numerous civic organizations.  Reggie is currently the senior advisor for legacy giving at the United Methodist Foundation. 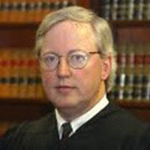 Robert serves as the Chief District Court Judge for the Tenth Judicial District of North Carolina, which encompasses all of Wake County. He has served as a district court judge for the past 20 years and as a practicing attorney for eight years prior to being appointed to the bench by Governor Jim Hunt. Robert has served on the executive board of numerous professional and community organizations. 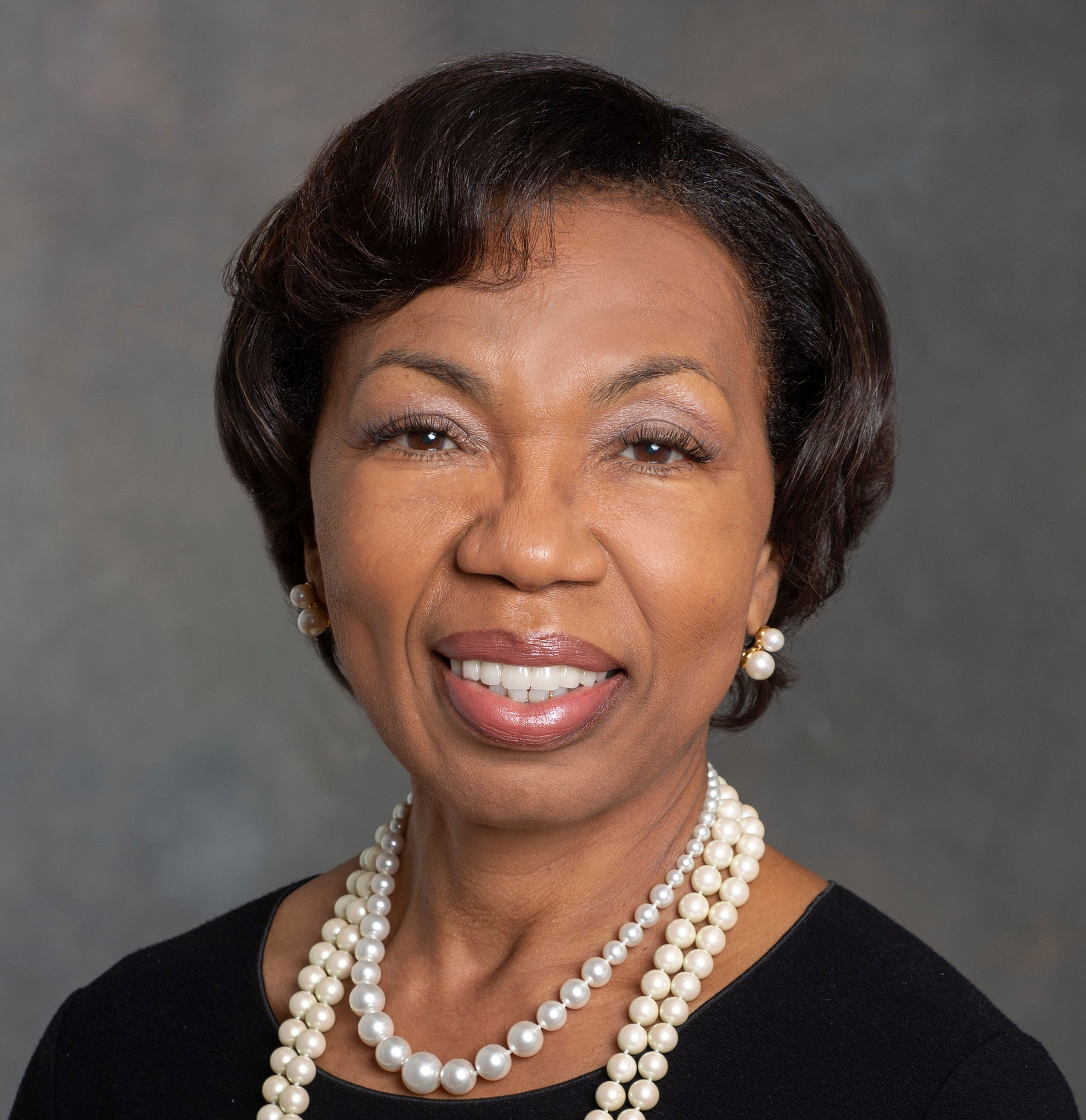 Angela is a Senior Vice President at Bank of America in Charlotte specializing in risk management. Angela’s career has included multiple leadership roles in both the public sector and banking industry and she’s a recipient of the NC Order of the Long Leaf Pine. She began her professional career in law enforcement at the Raleigh Police Department.

Jane is an entrepreneur with 35+ years of experience working in various leadership roles within the public and private sectors. She recently served as a consultant to improve train travel in North Carolina and to secure the funding for rail corridor improvements. Her professional career is punctuated by development and fundraising. She has worked with environmental and educational organizations in and out of North Carolina and found time to volunteer with many nonprofits, including NC State’s Center for Environmental Farming Systems, the NC Museum of Natural Sciences, Raleigh Precinct 01-29 and Quail Ridge Books and Music. 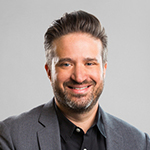 With more than 15 years of experience leading marketing efforts in higher education, Jason is vice president and partner at Simpson Scarborough. In addition to corporate and agency branding experience, Jason previously served in marketing communications leadership roles for the University of California System and NC State University. A regular speaker on marketing strategy, he currently serves as co-chair of the AMA’s Symposium for the Marketing of Higher Education. He has also penned articles or been featured in CASE Currents, Marketing News, The New York Times, NPR and other media outlets. 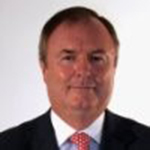 Bing is an investment professional with Morgan Stanley Smith Barney and head of The Sizemore Group. He serves as a board member on the NC State Board of Visitors, the State Club, and Friends of Arts NC State. 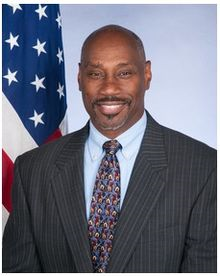 As founder of The Gentry Group LLC, Gentry advises global public and private organizations on security policy and management issues. He is a retired Senior Foreign Service Officer, having served as Director of the Office of Foreign Missions, U.S. Department of State, with the rank of Ambassador. Before his ambassadorial appointment he served in multiple senior positions over 27 years as a Special Agent with the Diplomatic Security Service, U.S. Department of State. Gentry began his professional law enforcement career as a member of the Raleigh Police Department.

Rick has a BA in History from NC State and a JD from UNC Law. He is a co-founder and an Investment Advisor Representative with Private Wealth Management of NC.  Prior to working with Private Wealth Management of NC, he was an independent contractor with Raymond James Financial Services from 1999-2009. Rick is former President of the North Carolina Services for Dentists Board of Directors and former Chairman of the North Carolina Heart Association planned giving program. 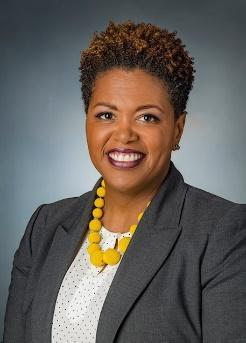 Bentina is Senior Vice President for Northwest Region for Georgia Power.  In this role, she is responsible for the company's operations, sales, customer service, economic and community development, and external affairs activities for 1.4 million customers across metro Atlanta and the northwest corner of the state. Bentina is actively involved in the community serving as a board of director for numerous Atlanta area organizations. 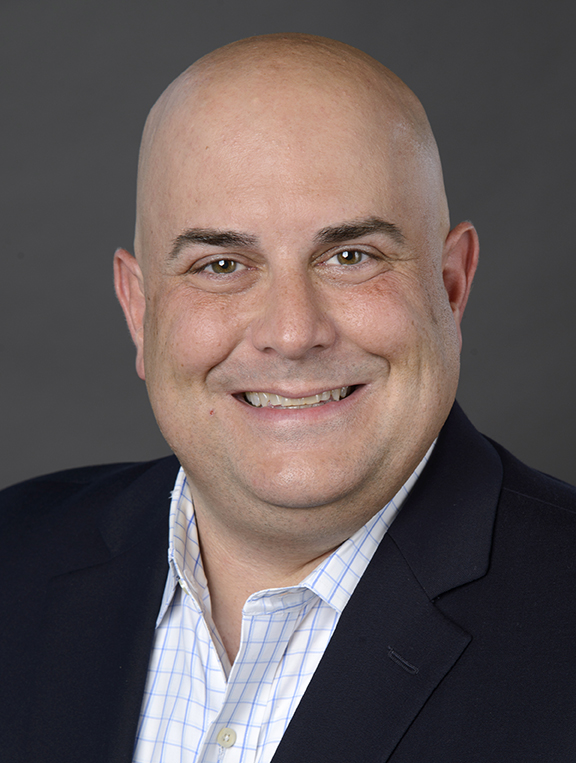 John is Executive Vice President and Chief Technology Officer for iNDEMAND, where he is responsible for the distribution of premium Video on Demand (VOD) & Pay Per View (PPV) entertainment to more than 200 North American TV operators, reaching over 60 million homes. Prior to iNDEMAND, John had senior roles at Deluxe Creative Services, AT&T Mobility and Entertainment, DIRECTV and Fox Sports Productions.  Ward has received 12 Sports Emmy awards during his career.

Adama is an energetic community member involved in a number of civic and school organizations.  She is the proud mother of three children who keep her extremely busy with their academic studies and extracurricular activities.

Ken is a managing director at Ward and Smith, PA, in New Bern, N.C. In this role, he leads the firm's efforts to reimagine the practice of law to be in better alignment with the needs of today's clients. He has embraced the use of legal project management, process improvement, and alternatives to the billable hour, and is also a champion of flexible work policies and the firm's diversity and inclusion efforts. Prior to becoming Co-Managing Director, Ken handled various types of litigation, including construction, business and commercial, contract, public housing, insurance coverage, and federal litigation.  He is an International Fellow and Past District Governor of Civitan International, and has served on the executive boards of many civic organizations.  Prior to joining the firm, Ken was a research assistant to Justice J. William Copeland of the North Carolina Supreme Court. Ken received his B.A. from NC State with high honors before taking a J.D. from the UNC School of Law